HOW HAVE I waited this long to write about opera? Wife Dottie introduced me to its joys—and madness—quite a few years ago, and I’ve never looked back.

For neophytes, let me cite an opera T-shirt that reads “Life, Death, Love, Treachery, Adultery—All to Your Favorite Music.” This sums up my attraction to opera: the drama of life, distilled and set to music.

I don’t expect opera to be realistic. As Peter Ustinov said, “Opera rides the razor edge of absurdity.” And, despite a superficial impression of chunky Europeans standing around and yelling at each other interminably, opera plots actually do evolve lickety-split.

A prototypical opening line might be something like, “You remember how Prince Alfonso got stranded on that desert island with three witches two years ago, only to have his evil cousin Ernesto usurp the throne and threaten Princess Prunella with expulsion to Toledo?—well, the witches and Alfonso have just docked and he’s hot for revenge.”

Hold your hat, because opera plots do move along. And today’s productions are helped immensely by supertitles.

On the other hand, perhaps you’ve encountered Wagner Ring Cycle recaps: Every so often, one of the main characters starts with “Now let me tell you how things got us into this pretty pickle” and then sings for 20 minutes straight.

I believe this gave rise to that great one-liner: “You know Wagner operas: You sit down at 7 p.m. and, three hours later, your watch says 7:20.” 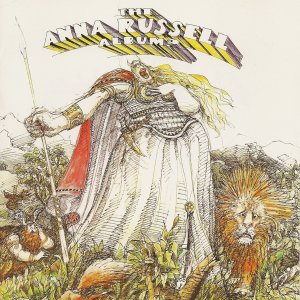 A wacky introduction to opera, and especially the Ring Cycle, is given by The Anna Russell Album. Amazon.com lists it.

Anna Russell (1911-2006) was an English-Canadian singer/comedienne whose specialty was musical satire, particularly opera. Pieces on The Anna Russell Album include “For Singers with Tremendous Artistry But No Voice: ‘Schlumph; Je N’Ai Pas La Plume de Ma Tante’ ” and “For the Dramatic Soprano: ‘Schreechenrauf.’ ”

Her analysis of Wagner’s The Ring of the Nibelungs is also on the CD and a hoot too, whence her comment, “You know, I’m not making this up.”

Through the wonders of YouTube, there’s a three-part video of the routine, recorded in 1984 at Anna Russell’s (First) Farewell Concert. Its start is at www.youtube.com/watch?v=Cv7G92F2sqs.

Anna gained empathy for her art in an honest way: It’s said early in her operatic career, she clumsily tripped on a piece of a Cavalleria Rusticana set and pulled it down.

On a slightly more serious approach to opera, I recommend the book A Night at the Opera (not to be confused with the equally wonderful Marx Bros. movie of the same name). Sir Denis Forman describes the plots of 83 operas in the book, all with complete authority yet with tongue in cheek.

An excellent and entertaining source: A Night at the Opera, An Irreverent Guide to the Plots, the Singers, the Composers, the Recordings, by Sir Denis Forman, Random House, 1994. Both Amazon.com and ABEBooks.com list it.

For instance, Forman writes on Carmen and Don José’s initial encounter: “She spots Don José and fancies him. She chucks him a carnation. Cheeky pig says he but bajesus is she sexy.”

For each opera, Forman also identifies special bits—helpfully, in minutes from the start—on a scale of * (Worth looking out for) to *** (Stunning, Brilliant). He also shares News and Gossip. On Mozart’s partner Emmanuel Schikaneder and The Magic Flute: “Schikaneder was by no means a literary man, but rather a traveling showman who was now going almost posh because he could see money in it.”

2 comments on “ARE THERE OPERA DIVOS?”

This entry was posted on November 19, 2012 by simanaitissays in And Furthermore... and tagged A Night at the Opera, Anna Russell, Opera, Sir Denis Forman, The Ring Cycle.