IT IS A concern when an addled uncle upsets family gatherings with irrationality on one thing or another. It is even more an embarrassment when our national leader behaves this way.

Platitudes Galore. Daily COVID-19 press conferences have degenerated into video games of bouncing platitudes praising Trump. Indeed, many of the platitudes are self-generated. 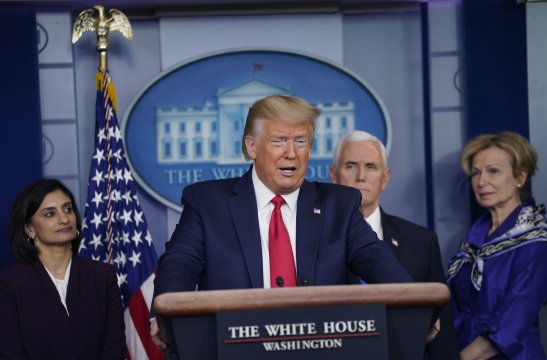 I believe Vice President Pence holds the record for how many times the narcissist’s name can be cited in a task-force update. Opinion Columnist Gail Collins wrote, “On Wednesday Pence scored a very impressive 16 references to ‘President Trump,’ ‘the president’ and ‘Mr. President’ in four minutes. Shortly below Tuesday’s record of 19— or 26 if you count answers to two reporters’ questions. Still, you can’t say the man isn’t trying.”

Several TV networks, MSNBC and CNN among them, have responded by broadcasting the conferences only if they contain significant news, not simply platitudes. This brought Deputy White House Press Secretary Judd Deere to tweet, “Thank you to @Fox News for keeping Americans informed.”

As a Fox News example, Fox Business Network host Trish Regan spoke of a “chorus of hate being leveled at the president,” with the text adjacent to her image reading “Coronavirus Impeachment Scam.” 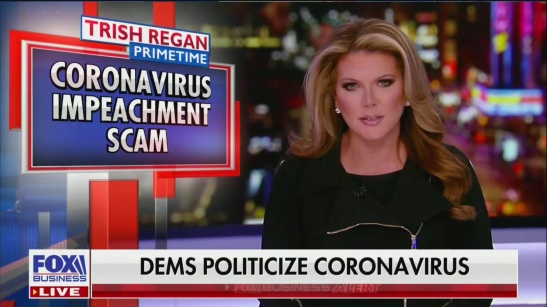 What to believe: medical experts, NPR, The New York Times, MSNBC, CNN, and numerous others, or Fox News?

Expert Assessment or Feeling? We have come to expect Trump to be an ill-informed, mendacious bully. The COVID-19 crisis has only exacerbated these habits.

At a March 20, 2020, press conference, Dr. Anthony Fauci, Trump’s director of the National Institute of Allergy and Infectious Diseases, responded to a question about whether hydrochloroquine (primarily a malaria drug) might be effective against COVID-19. He replied, “The answer is no.”

NBC News reported, “Trump nevertheless said that he felt ‘good’ about the treatments and that the federal government had already ordered ‘millions of units’ of them.”

According to fiercepharma.com, “Because chloroquine isn’t FDA-approved to treat COVID-19, the president may have been referencing off-label use.”

On Civility of Discourse. Later in the press conference, NBC News correspondent Peter Alexander asked, “What do you say to Americans who are watching you right now who are scared?” 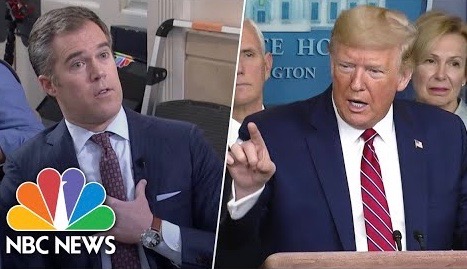 Trump responded, “I say that you’re a terrible reporter. That’s what I say. I think that’s a very nasty question.”

So much for what President Obama might have called “a teachable moment.”

On Social Distancing. Trump’s own experts have stressed the importance of social distancing to flatten the curve and alleviate COVID-19’s horrific spread. 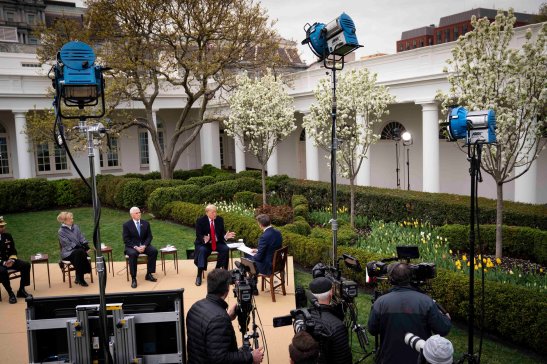 Yet, Trump said he’d like to see “packed churches all over our country” on Easter Sunday, 19 days from March 24, 2020, when he spoke at a Fox News virtual town hall held in the White House Rose Garden.

His own experts beg to differ.

The Stock Market or Health Infrastructure. The nation’s—and the world’s—economy and health are at risk. Trump’s preference is clear: “We cannot let the cure be worse than the problem,” he has repeated, often in UPPER CASE. The country “was not built to be shut down.”

By contrast, both Bill Gates and Hilary Clinton have posted opinions that the economy will respond, but dead people will not.

Others may have adopted the “My mother, drunk or sober” excuse for Trump. I continue to be embarrassed, were he our Uncle Sam or not.ds

4 comments on “OUR NATIONAL ADDLED UNCLE”