AN HISTORIC IMAGE encouraged my most recent GMax/Microsoft Flight Simulator aircraft project: I had seen other photographs of the French Deperdussin Monocoque, but a particularly stunning image shows crewmen trying to hold one in place prior to its 1913 Gordon Bennett Cup takeoff.

A Deperdussin Monocoque, about to be released at the 1913 James Gordon Cup Race in Reims, France. Image from Racing Planes and Air Races: a Complete History (Vol. I. Reference Series No. 1. Air Planes. 1909-1923),

In many ways, the Deperdussin was years ahead of its competitors; in other ways, its technology traced back to the 1903 Wright Flyer. Here, in Parts 1 and 2 today and tomorrow, are tidbits on this aeroplane, together with those of my GMax construction.

Streamlined Beyond Compare. The Deperdussin contrasted dramatically with the spindly stick-and-wire assemblies of the era. From its oversize spinner to cowl-wrapped engine to faired headrest to tapered tail, its streamlining was years ahead of the era. According to Racing Planes and Air Races, “Indeed, with equal horsepower, the Deperdussin of 1913 would outperform the U.S. Army Ryan PT-22 trainer of World War II.”

A Lightweight Monocoque Construction. Unlike conventional fabric-covered, wire-braced trusses, the 1913 Deperdussin’s fuselage was a monocoque. As detailed in Racing Planes and Air Races, the “Monocoque fuselage of the Deperdussin was built up of 1/8-in. three-ply tulip wood covered on both sides with linen fabric which was glued on and then varnished several coats.” 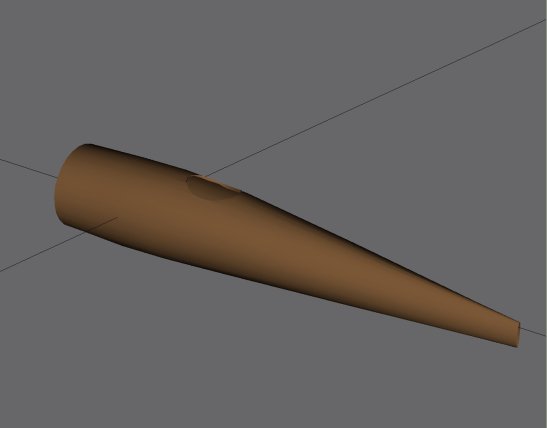 “All Deperdussin aircraft,” Racing Planes and Air Races noted, “were described as being chocolate in color.” Its designer Louis Béchereau obtained an “ultra-sleek finish on all his Deperdussin aircraft by using several coats of varnish and sandpapering the finish between each coat, like cabinet work.”

To reduce drag, winning pilot Maurice Prévost chose to fly sans windscreen at the 1913 Gordon Bennett Cup Race. The photo was taken by a daring photographer perched atop one of the race pylons. Prévost’s speed was 125.4 mph (200.4 km/h), the first aircraft to break the 200 km/h barrier. Image from Racing Planes and Air Races.

Tomorrow in Part 2, we’ll see more of the Deperdussin’s advanced engineering, together with an aspect that was already a decade old in 1913. ds