COLUMNIST DAVID BROOKS wrote “We need an uprising of decency,” and I agree. His Opinion column in The New York Times, August 1, 2019, carries the title “Marianne Williamson Knows How to Beat Trump,” though he goes on to say he’s not particularly promoting her as U.S. president no. 46.

Instead, Brooks identifies five important characteristics of American decency that are lamentably lacking in no. 45. Here are these five characteristics, along with related musings of my own. 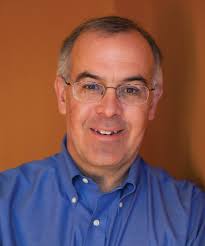 And a leader should represent us all. He doesn’t go to an Ohio rally to trash California or have a Twitter tantrum against the city of Baltimore. Regional rivalries exist, but most Americans are better than what Trump represents.

Honesty. Brooks writes, “We can’t have deliberative democracy without respect for the truth. None of us want congenital liars in our homes or our workplaces.”

Or in our government; see “Comparative Mendacity 101.”

Pluralism. Brooks says, “Human differences make life richer and more interesting. We treasure members of all races and faiths for what they bring to the mosaic.”

Sympathy. Brooks writes, “We want to be around people with good hearts, who feel for those who are suffering….”

Some may be against offering asylum. But how can we not sympathize with people fleeing danger and seeking a better life, just as so many of our own families did generations ago?

Opportunity. Brooks says, “We want all children to have an open field and a fair chance in the great race of life.”

A better life, particularly for future generations. An aspiration shared by us all.

Trumpery. By contrast, Brooks observes, “Trump is a cultural revolutionary, not a policy revolutionary. He operates and is subtly changing America at a much deeper level…. In Freudian terms, he’s operating on the level of the id. In Thomistic terms, he is instigating a degradation of America’s soul.”

Summarizing his article’s five points, Brooks says, “Trump has put himself on the wrong side of all these values. So, Democrats, go ahead and promote your plans. But also lead an uprising of decency. There must be one Democrat who, in word and deed, can do that.”

This entry was posted on August 4, 2019 by simanaitissays in And Furthermore... and tagged "Marianne Williamson Knows How to Beat Trump" David Brooks "The New York Times", beating Trump calls for a return to decency, Brooks' points of U.S. decency: unity honesty pluralism sympathy opportunity.