EVEN BEFORE my Fairbanks to Vancouver and Las Vegas to San Diego adventures in 2007, I’ve been enthusiastic about FCEVs, electric vehicles generating their own electricity from hydrogen fuel cells. I appreciate their EV clean-air attributes while sidestepping lengthy recharge times of battery EVs. 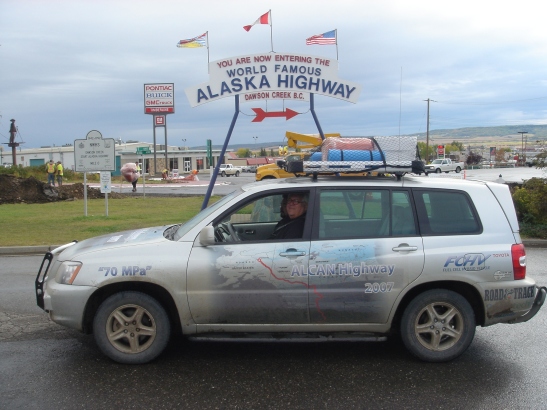 I traveled 2300 miles on the Alaska Highway in one of Toyota’s experimental fuel-cell cars in September 2007. A week later, I drove another one 436 miles on a single fill, from Las Vegas to San Diego.

Why aren’t we surrounded by FCEVs in 2019? The reasons: Fuel cell technology isn’t cheap. I also acknowledge the paucity of a hydrogen infrastructure; this, despite hydrogen being the most abundant element in the universe.

The Honda Clarity. Honda’s Clarity Fuel Cell has been around since its 2008 introduction. The 2019 version continues with a lease-only deal, $379/month for 36 months of hydrogen-fueled motoring. The Clarity Fuel Cell is available in southern California, the San Francisco Bay area, and Sacramento. 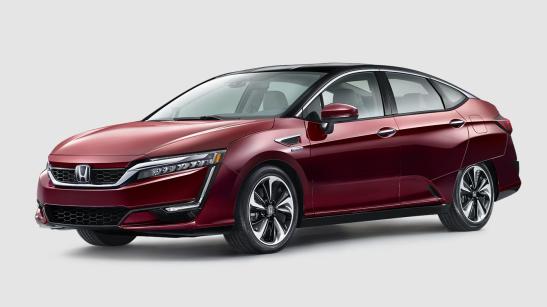 Here in Orange County, I’m 5.9 miles from one hydrogen station, 6.6 miles from another. This isn’t gas-station around-the-corner ubiquity, but fine given the Clarity’s 360-mile range. All told, there are 39 hydrogen stations here in California, with another 25 under development.

Supercharging the Clarity. The latest Clarity features two-stage supercharging that allows downsizing of the powerplant’s fuel cell stack. Accompanying enhancement gives the revised model seating for five, whereas the original Clarity could accommodate only four. Also, says Honda, the downsized, but supercharged stack gives the Clarity a performance boost equivalent to opting for a V-6 with an internal-combustion counterpart.

The magic of fuel-cell-produced electricity. Image from the Smithsonian National Museum of American History.

Richard Truett describes supercharging a fuel cell in Automotive News, April 8, 2019: “The more air forced through the fuel cell stack, the more electricity it generates.” Garrett Motion Inc. developed the electrically driven compressor for the Clarity, “basically an air pump,” Truett writes, “with a turbine wheel at each end of the shaft.” Boost into the stacks is in excess of 58 p.s.i.

Automotive News quotes Garrett Motion fuel cell system engineer Ryoichi Yoshitomi: “We hadn’t mass-produced an electric turbo air compressor before, and we also considered the high costs, but the possibilities were too attractive not to try.”

Bosch, to be a Fuel Cell Supplier. One of the open questions of FCEV manufacture is the sourcing of fuel cell stacks. Should an automaker research, develop, and fabricate its own fuel cells? Or should it leave this electrochemical expertise to a supplier?

Nevertheless, Sigal says, “Bosch thinks hydrogen fuel cells could power a fifth of all electric vehicles by 2030, generating a market worth billions of dollars annually.”

I’d opt for a high-performance supercharged one. ds