I’VE READ some carping about the 2018 Pebble Beach Concours d’Elegance recognizing yet another 1930s automobile as Best of Show. But I beg to differ with the carpers: The 1930s were a marvelous period of automotive elegance and, after all, the contest, Concours, is one of Elegance.

A Salon article in the May 1954 issue of R&T is an excellent case in point. Coincidentally, this was the first R&T that my dad, rest his soul, brought home to me in an effort to keep me off the streets and out of the pool halls.

In truth, that R&T Salon car, the 1931 Chrysler LeBaron, didn’t capture my passion at the time. Instead, I was smitten by the 2.9 Ferrari owned by a guy named Phil Hill. In retrospect, the Chrysler was quite a car as well: elegant, powerful, and even with a hint of Le Mans heritage. 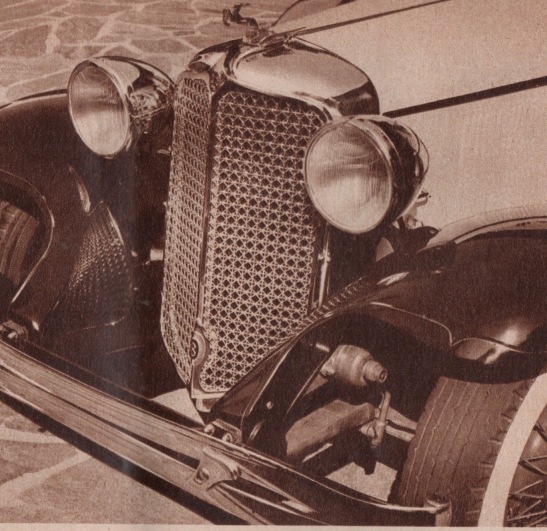 “An honest automobile. It is unfortunate that many fine automobiles were not appreciated.”

R&T wrote of the 1931 LeBaron-bodied Chrysler Imperials, “… anyone with half an eye for classic cars will tell you that these were the first and only great cars ever built by Chrysler.”

No mincing of words back then.

“While the LeBaron Imperial got its inspiration from the L-29 Cord and the Model J Duesenberg, there are those who believe the overall treatment is far more effective.”

On its restoration, R&T notes, “Robert E. Hoffman, an engineering student at Cal Tech, found this 1931 roadster three years ago. Before the restoration project could even be started, he purchased two more Imperials (not LeBarons) to cannibalize for parts. People are forever asking him where he found it, where did he buy it. Bob’s stock reply is, ‘I didn’t find it, I built it—built it from scratch, a H… of a lot of scratch!’ ”

“Cockpit of the LeBaron Chrysler roadster has been restored to original condition, even to the unsightly wiper motors.”

The Imperial was powered by a 6.3-liter straight-eight producing 150 hp and possibly 300 lb.-ft. of torque. A sturdy engine, it carried “a main bearing on each side of each crankpin (nine in all)…. Coupled to this sturdy engine was a four-speed transmission of unique and exceedingly complex design. Its ‘dual range’ designation preceded G.M. by over 20 years.” 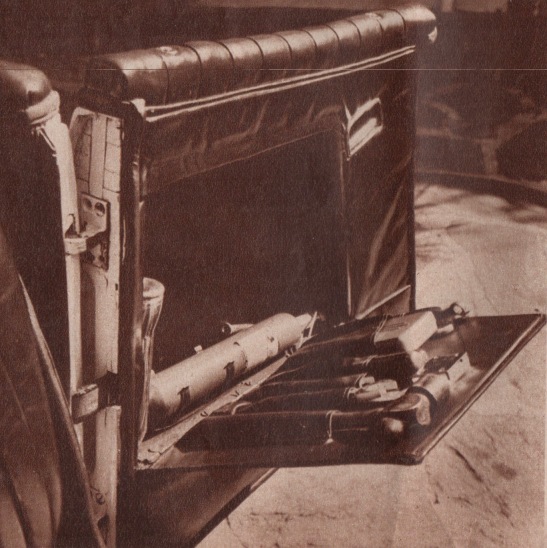 “One of the many charms of an originally expensive car is the many unexpected goodies.”

About this particular car’s possible Le Mans heritage, R&T notes, “A plate on the dash panel indicates that the car was originally shipped and sold in Antwerp. This arouses speculation as to whether this particular roadster could possibly be one of the two cars which ran at Le Mans in 1931. Records show that Sommer and Belemer led the race for the first few miles, while De Costier and Lussau held fourth place for a short time. However, the first car retired after 130 miles, the second dropped out after 175 miles—both with ‘burst radiators.’ ”

“A pair of 1931 Chrysler Imperial eight roadsters ran at Le Mans but failed to finish. Top speed was close to the magic 100 figure.”

Thus, the Chrysler Imperial joins Stutz, duPont, and Duesenberg in early attempts at what was already considered a 24-hour classic. The 1931 Chrysler LeBaron was a worthy R&T Salon subject back in 1954. And it remains a fine example of automotive elegance today. ds