SCIENTISTS, BLESS ‘EM, are only human. And, now and then, there’s one who is deeply flawed. This is a tale of Yoshihiro Sato, the Japanese specialist in bone medicine who faked research, had his fraud exposed, with one result of this revelation being his apparent suicide. “A Tide of Lies,” by Kai Kupferschmidt, gives details in the August 17, 2018, issue of Science, the weekly magazine of the American Association for the Advancement of Science. What follows here are tidbits gleaned from this article.

Coincidence or ? Telltale signs were subtle, but nonetheless there were suspicions. In 2006, Alison Avenell, a clinical researcher at the U.K.’s University of Aberdeen, was reviewing the literature of whether vitamin D can reduce risk of bone fractures. Notes Science author Kupferschmidt, “In two papers by Sato, she stumbled on a weird coincidence. They described different trials—one in stroke victims, the other in Parkinson’s disease patients—but the control and study groups in both studies had the exact same mean body mass index.”

This led to a meta-analysis, as its name suggests, a study of studies, an analysis of collected papers about a single subject. Meta-analyses are useful in assessing a study area’s state of the art and pointing out new directions of inquiry. Or in identifying oddities of the data.

This and the following illustration by Sara Gironi Carnevale in Science, August 17, 2018.

Kupferschmidt cites a case in point: “In 2003, Sato published a study on data from 40 patients with a very rare affliction named neuroleptic malignant syndrome, collected over three years.” Yet another researcher is quoted as saying that he and his colleagues “could only recall two such cases in living memory….”

In a meta-study of calcium supplements, another anomaly appeared in Sato’s results: Mark Bolland, a clinical epidemiologist at New Zealand’s University of Auckland and an Avenell colleague, observed, “There is nothing that I can think of that produces a 70-percent to 80-percent reduction in hip fractures, yet Sato was able to do it consistently in all his trials.”

The meta-analysis then turned to statistics, assessing similarities of treatment and control groups in various studies. “Because the groups are randomly selected,” Kupferschmidt writes, “the ‘p-values’ [the similarities] should normally be ‘equally distributed’….”

However, Sato’s supposedly randomized groups were found to be incredibly similar. Kupferschmidt writes, “There was just one plausible explanation… Sato had fabricated data for both groups and had made them more similar than they would ever be in real life.”

Question raised in March 2013 to The Journal of the American Medical Association (JAMA) were met in April 2015 with the journal’s mild “expression of concern—a short note to flag Sato’s JAMA paper as suspicious.”

Kupferschmidt notes, “By the time Neurology [another prestigious journal] published the investigation in December 2016, 10 of the 33 trials had been retracted, all but one by journals the team had contacted. One month later, Avenell received an email from an editor with troubling news. Sato was dead.”

The scam unravels. As one example, a two-year study begun in 2008 in the Netherlands involving 2919 elderly people found no effect of B vitamins despite Sato’s earlier claim of a “large protective effect.”

This is very much science in action. “Today,” Kupferschmidt notes, “21 of Sato’s 33 trials have been retracted…. The fake trials led to further, real research.” 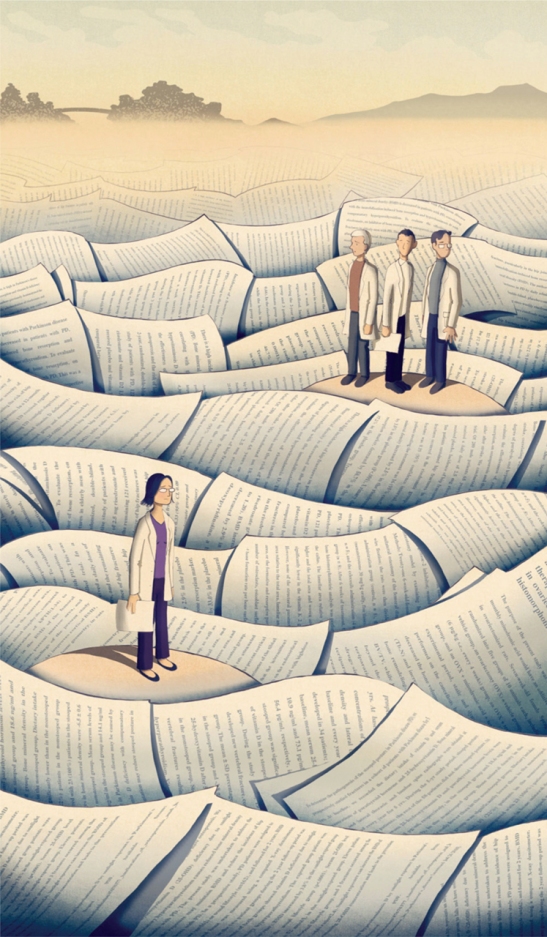 What’s the motive? One researcher in a Keio University investigative panel suggested the Japanese word otaku, loosely “geek,” describing a person caught up in one thing or another to the detriment of social skills.

Or, in this case, to the detriment of integrity.

Epilogue. It is unclear whether Yoshihiro Sato died by his own hand. Alison Averell has said, “That’s horrible, really horrible… how such a small piece of data analysis a long time ago can end up with someone dying.” She recognized that her own clinical work could eventually make the difference between life and death: “But seldom is the connection between a clinician and another human being’s death so obvious.”

The determinations of science are tested and, when appropriate, reevaluated. Its results, even in this bizarre case, are truth-based to the betterment of us all. ds