EVERY SO often, the meaning of a word surprises me. As an example, consider the word “eloquent.” It conjures up thoughts of classic Roman orations or the most memorable of modern political discourses.

“Never in the field of human conflict was so much owed by so many to so few.”—Winston Churchill, concerning the Battle of Britain, House of Commons, London, 1940. 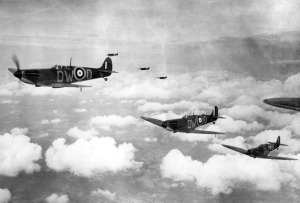 Image from The Douglas Bader Foundation. 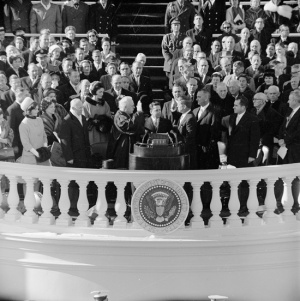 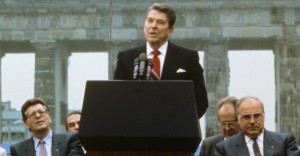 These certainly fit my idea of eloquence.

Then I checked with my old pals, Merriam-Webster, which defined eloquence as “1. discourse marked by force and persuasiveness; also: the art or power of using such discourse. 2. the quality of forceful or persuasive expressiveness.”

Hmm…. Maybe I’m nit-picking, but this definition would seem to make a mugger’s “Gimme your &@#%$ money!” a particularly eloquent statement.

On the other hand, M-W’s opposite of “eloquent” is “inarticulate”, defined as “1. uttered or formed without the definite articulations of intelligible speech. 2. incapable of given coherent, clear, or effective expression to one’s ideas or feelings.”

M-W traces the origins of the English word eloquence to the 14th century, though it offers no more etymology. For this I turned to The Compact Edition of the Oxford Dictionary of the English Language and its microviewer. 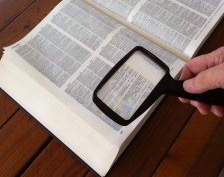 The OED traces eloquence directly from the Latin ēloquentia. Its definition of the word agrees with M-W’s, with the added “In mod. use the notion of impassioned utterance is more prominent than in the early examples.”

In 1382, Wyclif wrote, “Summe [were overturned] of wordy eloquence and philosophie.”

In The Two Gentlemen of Verona, 1592, William Shakespeare’s Duke of Milan says, “There is a lady in Verona here/Whom I affect: but she is nice and coy/And nought esteems my aged eloquence.” 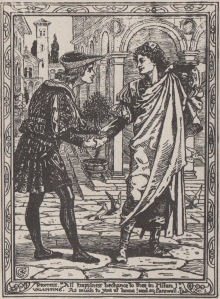 Concerning eloquent’s antonym, the OED’s first definition of inarticulate is “The opposite of articulate. Not jointed or hinged, esp. in Zool. and Bot.” Its second definition is “Of sound or voice: Not consisting of distinct parts having each a definite meaning.”

Stillingfl, 1662, is cited: “Had they not learned the inarticulate voice of goats.” 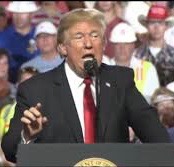 My last example is much more recent, spoken July 5, 2018, by Donald Trump at a rally in Great Falls, Montana. Is this eloquent (“marked by force and persuasiveness”)? Or is it eloquent’s antonym, inarticulate (“not consisting of distinct parts having each a definite meaning”)?

“I have broken more Elton John records, he seems to have a lot of records. And I, by the way, I don’t have a musical instrument. I don’t have a guitar or an organ. No organ. Elton has an organ. And lots of other people helping. No we’ve broken a lot of records. We’ve broken virtually every record. Because you know, look, I only need this space. They need much more room. For basketball, for hockey and all of the sports, they need a lot of room. We don’t need it. We have people in that space. So we break all of these records. Really we do it without like, the musical instruments. This is the only musical: the mouth. And hopefully the brain attached to the mouth. Right? The brain, more important than the mouth, is the brain. The brain is much more important.”

This entry was posted on July 7, 2018 by simanaitissays in I Usta be an Editor Y'Know and tagged "Merriam-Webster", "The Compact Edition of the Oxford English Dictionary", "Two Gentlemen of Verona" Shakespeare, a man from Queens in Great Falls Montana, Churchill: "Never in the field of human conflict...", etymology: eloquent inarticulate, JFK: "Ask not what...", Reagan: "Mr. Gorbachev, tear down...".