YESTERDAY HERE at SimanaitisSays, I shared Part 1 describing the Scioto Scandal, a scam taking place in the young United States during its first decade. It involved immigrants getting cheated, a less than fair congressional bailout, and government officials covering their er… coattails.

Today in Part 2, I share quotes from two people involved; one of them, a prominent American; the other, an anonymous immigrant. My source for this is Bruce Berkowitz’s well documented, yet wonderfully entertaining biography of another scandal participant, Scotsman William Playfair.

Playfair: The True Story of the British Secret Agent Who Changed How We See the World,

The idea of the fledgling U.S. selling land in its Northwest Territory along the Ohio River caught on with Frenchmen, commoners and nobles alike, adversely affected by that country’s revolution. A French Compagnie du Scioto was formed, named for Scioto in what’s now southern Ohio. Sciotomanie promptly followed. Within weeks of its formation in January 1790, one French syndicate bought almost 70,000 acres, about the size of the original District of Columbia.

The Dream—and Reality. A young Frenchman caught up in Sciotomanie wrote, “Paris had no charm any more; France… was nothing beside Scioto. Happiness was to be found only there.”

On the other hand, concerning his arrival stateside he later recalled, “The Paris Company had assured us that from Alexandria to Scioto was no more than forty leagues, all by water.” Indeed, much of it was overland, with Google Maps indicating a walking distance of 392 miles/114 leagues.

“We found out further,” the Frenchman continued, “that Scioto is nothing but a wilderness… [and] that one is exposed to fierce beasts: tigers, bears, and flying serpents…. And finally once there… one will be welcomed by savages who number more than eighty thousand.”

Berkowitz observes that the savages, “to be precise, Western Confederacy Native Americans, mainly of the Shawnee Nation, numbered no more than ten thousand. The problem was, when Britain gave the Northwest Territory to the colonies under the Treaty of Paris, no one bothered to consult the Indians. Little wonder they were hostile; the Brits gave away their land.” 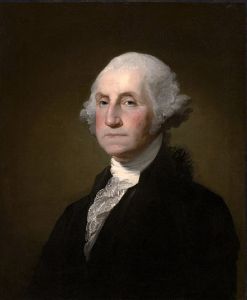 George Washington’s Vision. Berkowitz writes, “When Washington went off to war [along the Ohio Valley in the French and Indian War], he kept an eye out for investment properties…. As a result, Washington owned 10,000 acres of land on the southern bank of the Ohio, just up the river from … Gallipolis [the Scioto Company’s City of the French]…. He owned an additional 23,000 acres across the river in Virginia…” 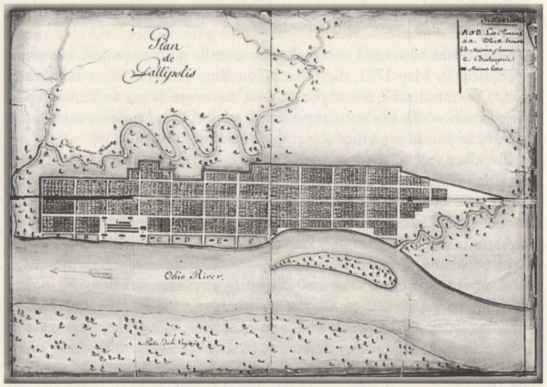 Gallipolis along the Ohio River, was envisioned as a town for the common folk. Nearby, Aigle-Lys (American eagle, French fleur-de-lis) was to be noble-immigrant grand.

Washington had a vision of connecting the American heartland to the Atlantic via the Mississippi, Ohio and Potomac Rivers. Of the Scioto Company, Berkowitz says, “He vouched for the ‘genius of the first magnitude’ in his letters to the American Minister to France (Jefferson) and the commander of the French National Guard (Lafayette).”

“This,” Berkowitz says, “may explain why in 1795 the U.S, government was willing to give 100,000 acres of prime Ohio farmland to a bunch of bedraggled Frenchmen whose only distinction seemed to be extraordinarily bad judgement in their selection of a real estate agent.” 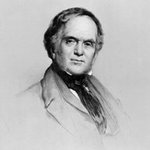 Playfair’s Scioto Achievement. Berkowitz writes, “In addition to forgery, statistical graphics, and new processes for metal plating, William Playfair has a credible claim for making significant contributions to another innovation: the high-level American political scandal, along with its ancillary technologies, the official cover-up and the federally funded bailout.”

I know I’ll enjoy the rest of his book. ds