THE CANADIAN De Havilland DHC-2 Beaver met one of its design criteria by being faster than a sled dog. This bush pilot’s favorite was named one of the top ten Canadian Engineering Achievements of the 20th Century by the Canadian Engineering Centennial Board. Following its stardom in a Harrison Ford movie, the Beaver became this actor/aviator’s favorite aircraft. And the DHC-2 even has a sweet ballad in its honor. 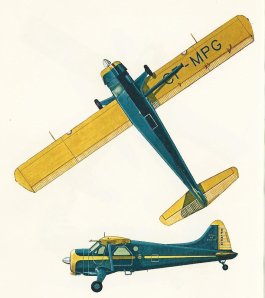 De Havilland Canada sought civilian business after World War II. With Canada’s forests, lakes and northern extremes, the company sensed that the rugged bush plane should be flyable with wheels, floats or skis. Two doors on either side of the fuselage gave access, regardless of dock or bush field configuration. And STOL (short take off and landing) capability was another necessity, which required a powerful engine.

On the other hand, its modest cruising speed of 130 mph was not a drawback; “We have only to be faster than a sled dog,” was one quip.

A DHC-2 in its milieu. Image by Pete Killin at www.dhc-2.com, Neil Aird’s website dedicated to the Beaver.

This Beaver is part of the New Zealand Warbird Group based at Ardmore, near Auckland. Image from de Havilland – A Pictorial Tribute

The first Beaver flew in 1947; production began within a year and continued into 1967. A total of 1657 aircraft were built, including more than a thousand for the U.S. military, arriving in time for service in the Korean conflict. Thirty-three nations, the U.S. to Uganda, have employed Beavers in reconnaissance, air ambulance and training roles. The U.S. Naval Test Pilot School continues to have a pair.

The British Army Air Corps used Beavers in the 1970s for photo-recon work during The Troubles in Ireland. One DHC-2 survived seven hits by machine gun fire while it was being used to photograph an IRA installation. After the incident, this border crossing in South County Armagh got the name “Beaver Junction.” 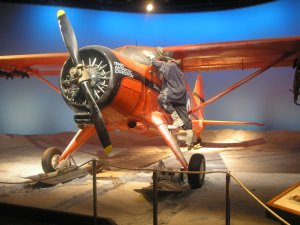 The Royal New Zealand Air Force Museum, in Christchurch, New Zealand, has an exhibit celebrating the DHC-2 Beaver. A sister aircraft, the City of Auckland, served during the late 1950s in the Trans-Antarctic Expedition and was lost in an accident on the Beardmore Glacier in January 1960.

Hundreds of Beavers are still in use, including restorations and latter-day aircraft certifications by Kenmore Air, in Kenmore, Washington, and others. A Turbo-Beaver variant replaces the Pratt & Whitney piston engine with turbine power. 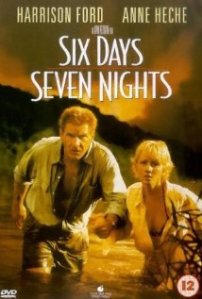 Hollywood stardom for the DHC-2 Beaver came with the 1998 movie Six Days Seven Nights, a South Seas adventure/comedy/romance with Harrison Ford (already an accomplished pilot) and Anne Heche. Ford learned to fly in trike-gear aircraft, and the DHC-2 was his first tail-dragger. He now owns one (N28S), which he says is ex-CIA with patched bullet holes. The video http://goo.gl/QlLjho offers his affectionate view on flying and nice photography of N28S in action.

Last, the Fretless Bar Girls, a seemingly ephemeral group possibly based in Campbell River, B.C., Canada, have composed a ballad honoring the DHC-2, http://goo.gl/C1BruX. “The Beaver Ballad” was brought to my attention by internet pal Bill Urban. This sweet little ditty is accompanied by plenty of photos of DHC-2s doing what they continue to do best, being at home in the Canadian bush. ds