NOT LONG ago at this site, we had pole dancing (www.wp.me/p2ETap-SH), so why not a Möbius strip? 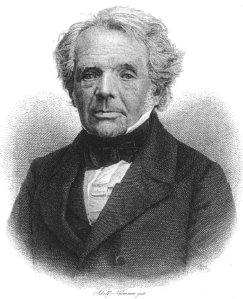 German mathematician August Möbius discovered the mathematical oddities of his eponymous surface in 1858. Unlike a lot of mathematics, it’s straightforward to replicate his discovery here.

Take a strip of paper that’s rather longer than it is wide (more on this proportionality anon). Give it a half-twist and tape its short sides together. Fini.

What’s odd about it?

Carefully trace your way around one side—and you magically find yourself on the other side. That is, a Möbius strip is one-sided. Do the same with an edge of the Möbius strip, and you’ll see it’s one-edged as well. Mathematicians say this single-surface/single-edge object has the property of being non-orientable.

Consider the implications of this single edge and single surface. A Möbius bandsaw of a given length would offer twice the cutting teeth—and thus double the life. A Möbius drive belt for a machine tool would wear twice as long as a conventional one. Ditto for a Möbius conveyor belt. An electrical resistor of Möbius shape would be inductionless. A continuous-loop Möbius recording tape would last longer.

Traditional machine shops had a single power source—one electric motor or waterwheel—with shafts and belt drives to the macine tools. The belts were often Möbius strips to prolong life. Image from www.katygero.wordpress.com.

In fact, some of these applications are hampered by complexities of the object’s twist. On the other hand, the machine shop of my undergraduate school, Worcester Poly, retained its traditional Möbius drive belts when I was there in the early 1960s. B.F. Goodrich patented a Turnover Conveyor Belt System in 1957 that exploited the Möbius conveyor idea. 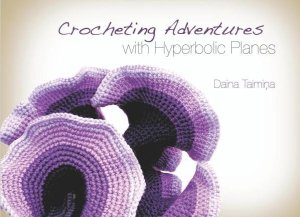 Those who knit or crochet make artful use of the Möbius surface. An excellent source is Crocheting Adventures with Hyperbolic Planes, by Daina Taimina, A K Peters/CRC Press, 2009. See also her presentation at http://goo.gl/ZsNIG.

Some possibly unexpected fun with a Möbius strip: What do you suppose happens when you cut it lengthwise down the middle? Or starting at the one-third width? These are offered as exercises, and I’ll bet you’ll be surprised.

Here’s an entertainment suggested in Prof. Howard Eves’ book, Mathematical Circles Adieu, Prindle, Weber & Schmidt, 1977: Before twisting a Möbius strip, write on one side The night was dark and stormy, and we were all seated around the and upside down on the other side campfire when someone said, “Captain, tell us a story.” The Captain began:

A strip’s ratio of length to width is an interesting matter. It’s easy to see that twisting gets unwieldy if the strip is anything near square; that is, if the difference between length and width is too small. In fact, it turns out that the critical ratio of length/width is √3 or around 1.7. That is, what with 11/8.5 being around 1.3, it’s not possible to construct a Möbius strip with a standard sheet of paper (given that it’s unstretchable).

Depending on the twist, there are right-hand and left-hand Möbius strips; different, though both single-edged. Start with one of each, and suppose you glue their single edges together. This isn’t possible in our three-dimensional world—it requires 4-space—but you can imagine doing so.

The result of this imaginary glue trick is a Klein bottle.

The resulting object is another non-orientable surface, a Klein bottle. Discovered by German mathematician Felix Klein in 1882, it’s likely he called it a Fläche (German for “surface”), but this got garbled to Flasche (German for “bottle.”).

It’s understandable, though, because this product of imagination has a marvelous attribute: Its inside is its outside—and vice versa. “Wouldn’t it be fun,” math students posit, “to have a Klein bottle filled with beer?”

Our Möbius theme having degenerated here, I conclude with “The Burleyque Dancer,” attributed to Cyril Kornbluth in another of Prof. Howard Eves’ books, Mathematical Circles Revisited, Prindle, Weber & Schmidt, 1971:

4 comments on “DOING THE MÖBIUS STRIP”

This entry was posted on March 19, 2013 by simanaitissays in Sci-Tech and tagged Klein bottle, Moebius strip, Prof. Howard Eves.