FOR MANY years, the talented artist Bill Dobson (1935-2011) did the side view drawings—little gems of automotive art—for Road & Track road tests.

Bill was also a world-recognized authority on many marques, Rolls-Royce and Bentley among them, and for years served as an Honorary Judge at the Pebble Beach Concours d’Elegance. He was also a good friend. 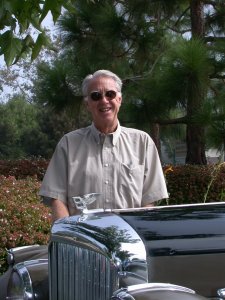 Bill Dobson was a world-recognized authority on many classic marques, including Bentleys.

Bill once played a role in the travel of America’s foremost architect, Frank Lloyd Wright, and his entourage. 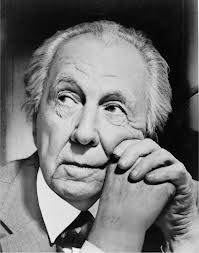 Frank Lloyd Wright (1867-1959) felt the automobile was important to his vision of a decentralized community, free from a city’s density and verticality.

Mr. Wright (as he’s always known to his followers) was an auto enthusiast. His cars ranged from the heights of a Packard Speedster, an L29 Cord, an English AC Roadster, a Bentley and a Lincoln Continental to fleets of American Bantams—and Crosley Hotshots.

Mr. Wright usually left the Crosleys to his apprentices, but this time he and his wife Olgivanna gave one a spin. Image from the Frank Lloyd Wright Quarterly.

And this is where Bill Dobson enters the picture. It was a spring day in 1951, the Dobsons living in Bethany, Oklahoma, along Route 66. A 16-year-old car nut, Bill was hanging out at the dusty courtyard of the local two-pump gas station.

One of Mr. Wright’s prized cars was this Lincoln Continental given a customized treament and the Cherokee Red paint job.

Limping into the gas station came a 1940 Lincoln Continental, with two young men aboard evidently in need of mechanical aid. And Bill was just the kid to offer it. He ran home, returned with his tool box, helped jury-rig a fix on the Continental and wished the guys well as they sped off heading east.

The Continental’s chopped windshield  is apparent.

It was quite the exotic for a 16-year-old car nut in Bethany in 1951. And it was quite the reunion when Bill saw Mr. Wright’s Continental 42 years later at the 1993 Pebble Beach Concours. ds