IT IS AN accepted belief among automotive enthusiasts that many cars have souls. What’s more, some cars are rolling proof of reincarnation. The British Kougar is one. The marque owes its reincarnation to Englishman Rick Stevens and his 1960s’ reborn Jaguar S-Type sedan.

Above, 1961 Jaguar Kougar. This and other images from the catalog of Gooding & Company’s Scottsdale auction, January 20, 2012. Below, Rick Stevens. Image from the Kougar Owners Club. 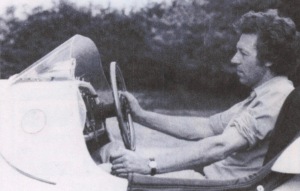 The Jaguar S-Type. The 1963–1968 S-Type (the name recycled 1999–2007) was a svelte four-door Jaguar sedan with particularly impressive underpinnings. 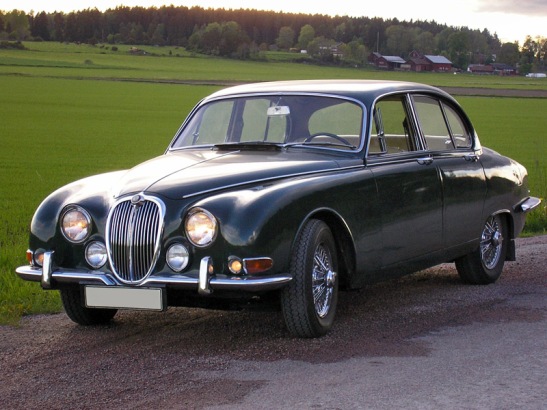 The S-Type’s double-overhead-cam six-cylinder XK engine evolved from Jaguar’s XK-120. Braking was by discs, front and rear, the rears mounted inboard for reduced unsprung weight. Also exceptional for the era, its suspension was independent, front and rear.

In June 1964, Car and Driver said the S-Type “can be a convenient family car, a businessman’s express, a sports coupe, and a grand tourer.” Its bits and pieces could also make for an exceptional sports car. 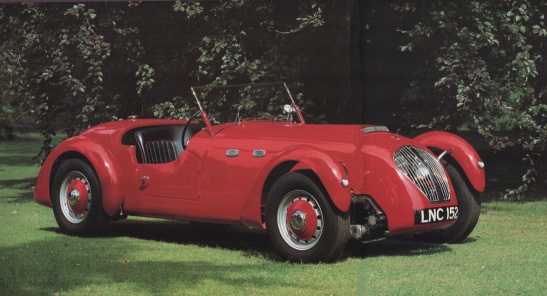 Above, the Healey Silverstone. Below, the Frazer Nash Le Mans Replica.

Thusly inspired, Stevens devised alloy bodywork and a tubular chassis into which he fitted potent bits of his 1960s’ S-Type Jaguar. The result was the first Kougar, sold to an American in 1977. 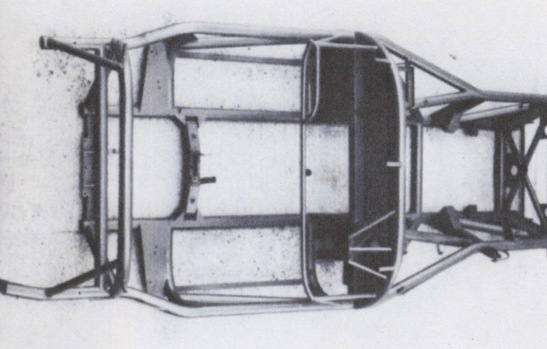 The Kougar’s tubular chassis. Image from the Kougar Owners Club.

Discarded donor Jaguar sedans were reasonably plentiful, and Stevens found himself in the car business. The subsequent 315 Kougars had fiberglass bodies styled in the same spirit. To this day, Stevens is listed as president of the Kougar Owners Club. 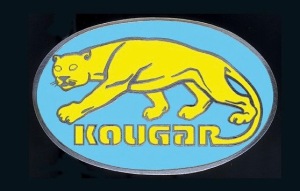 The Gooding Auction Example. The Gooding catalog says, “The car was built using a 1961 Jaguar sedan [a Mark 2, not an S-Type] as a source for parts, and was therefore registered as a 1961 Jaguar. The dual-carburetor six-cylinder Jaguar engine provided 220 hp… and can yield very quick acceleration in the Kougar, which weighs about 2100 pounds.” 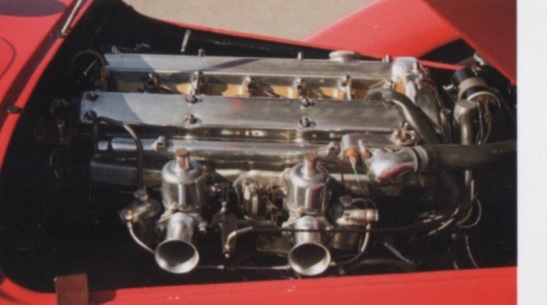 “Spending most of its life between Southern California and Mexico,” the catalog notes, “this Kougar has never been driven in wet or humid weather.”

My Drive of Tony’s Kougar. Early in my stint at R&T, Tony Hogg, rest his soul, was Editor-in-Chief and owner of a Kougar, which, in my mind’s eye, looked very much like the Gooding offering. Tony was kind enough to let me drive the car back then. 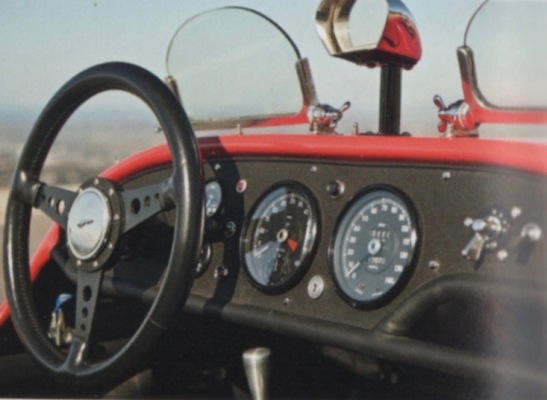 Tony’s Kougar was a ball. A sonorous Jaguar exhaust note, raspy and not all that far from my left ear. A great view of the front tires, their cycle fenders, and the louvred bonnet. And the adventure of clambering into and out of the doorless Kougar, wary of that close and only minimal muffler. This video from SupercarClassics gives an idea of the fun. 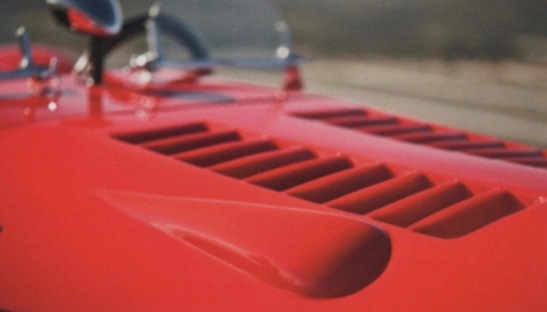 It might have been Tony Hogg who said, “A sports car is a car that doesn’t have anything on it that doesn’t make it go fast.” Tony’s Kougar was a sports car. ds