LAURENCE POMEROY HAD this to say about racing machinery: “The first instance of novel principle is invariably defeated by the developed example of established practice.” 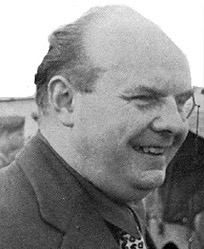 In his classic motor racing work, The Grand Prix Car, Pom offered the 1952 BRM V-16 as an example of this adage. Here, in Parts 1 and 2 today and tomorrow, are tidbits gleaned from his books and my usual Internet sleuthing.

BRM’s Promise. Karl Ludvigsen quotes Pom in late 1950: “If a team of raceworthy cars capable of lending lustre to the British nation is to be ready for the next racing season, a very large expenditure of money must be faced this winter.” 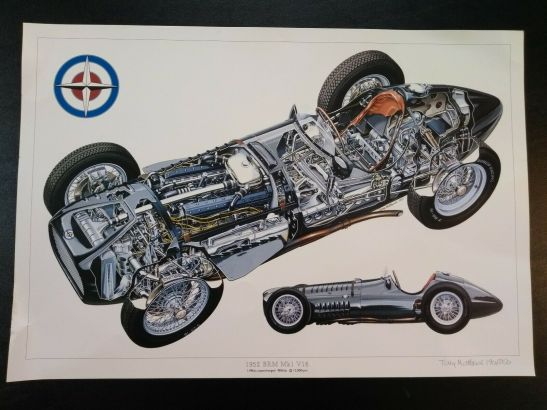 Tony Matthews’ cutaway of the BRM 15 from ebay.com

The BRM 15’s first public demonstration took place in December 1949 at RAF Folkingham, this aerodrome’s use donated by the British government. Public money came streaming in. A Pathé newsreel declared, “Seldom has so much money been better spent… In the BRM, Britain has found a winner!” 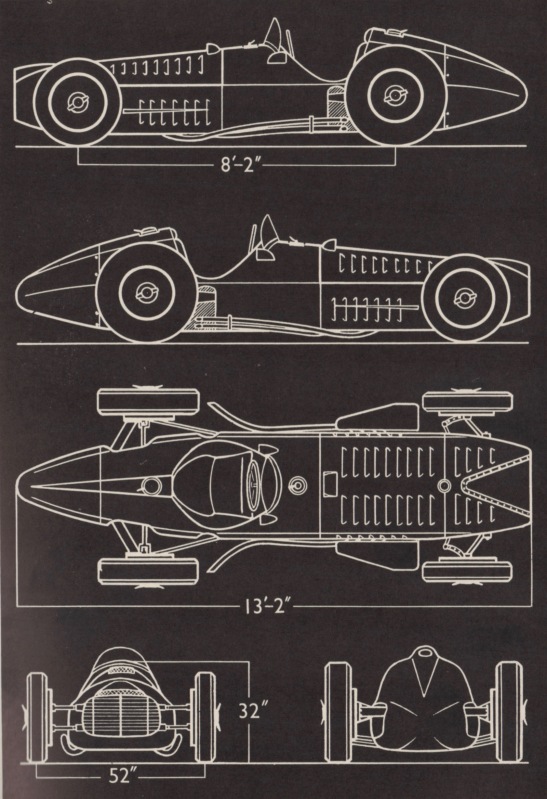 BRM Technicalities. The BRM’s engine was its most innovative feature: a 1.5-liter light-alloy supercharged V-16 with double overhead camshafts per bank. In its final stages of development, the engine was boosted to 4.9 atmospheres (72 psi) and produced 600 hp at 12,000 rpm.

Today’s Formula One 1.6-liter V-6s are single-turbocharged, with fuel-flow limitations implying an effective 51 psi of boost. At their regulated 15,000-rpm redline, they produce perhaps 800 hp—this, after some 70 years’ development beyond the BRM’s.