SEEKING ANONYMITY IN A CROWD PART 2

JOHN SEABROOK’s MOST informative “Dressing for the Surveillance Age” in yesterday’s SimanaitisSays got us into the latest of deep-learning facial recognition. Today in Part 2, we learn about our cars’ snitching on us as well as sartorial choices to counter all this.

Auto License Plate Recognition. Seabrook observes, “A.L.P.R.s automatically record all license-plate numbers that come within their view, at a rate of thousands per minute. In newer systems, ‘hot lists’ of ‘plates of interest’ belonging to criminal suspects are widely shared by law-enforcement agencies, including U.S. Immigration and Customs Enforcement. There are few privacy restrictions on this data, and it is not secure. Private companies collect it and sell it.” 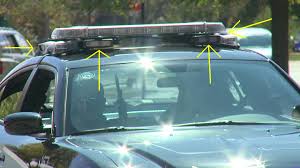 Seabrook notes, “A recent audit of the Los Angeles Police Department and three other California law-enforcement agencies found that, at the time they were logged, 99.9 percent of the three hundred and twenty million plate images in the department’s database had not been involved in criminal investigations.”

Poison Fashions. Seabrook describes T-shirts and dresses printed with images of license plates. “The dummy plates,” Seabrook observes, “spelled out words from the Fourth Amendment [the one about unreasonable searches or seizures].”

The clothing is designed as a “poison attack,” triggering A.L.P.R.s and clogging their algorithms with spurious data. Backpacks covered with license-plate images serve the same purpose.

I’m reminded of the Chinese bus image misidentified by surveillance as a real person.

Adversarial Imaging. Seabrook describes another approach: a sweatshirt printed with blurry organic and vaguely human shapes, and with what appears to be a traffic light just below the neckline. “Considered more generously,” Seabrook writes, “the pattern loosely evoked Georges Seurat’s “A Sunday Afternoon on the Island of La Grand Jette,” as it might appear at the bottom of a swimming pool painted by David Hockney.”

“The pattern on the sweatshirt,” Seabrook explains, “was an ‘adversarial image’—a kind of deep-learning optical illusion that stopped the algorithm from seeing the person wearing it. Unlike poison attacks, which seek to subvert surveillance systems with bad data, adversarial attacks are images that have been engineered to take advantage of flaws in the way computers see.”

Seabrook donned such a sweatshirt and, “On stepping in front of the camera, I was undetected…. I felt strangely weightless.”

How was the surveillance algorithm tricked? In its deep-learning training, it had never seen a face above a traffic light. Hence, this could not be a person’s image. At least with the current state of the art, and as long as the person stood perfectly still. ds

2 comments on “SEEKING ANONYMITY IN A CROWD PART 2”