TODAY’S FORMULA ONE cars are technically fascinating, but not especially esthetic. No. Make that downright ungainly. By contrast, the first Ferrari mid-engine GP cars of the early 1960s were things of snarling beauty. Here are tidbits on the Ferrari 156 F1 gleaned from R&Ts of the era, specifically August and September 1962. 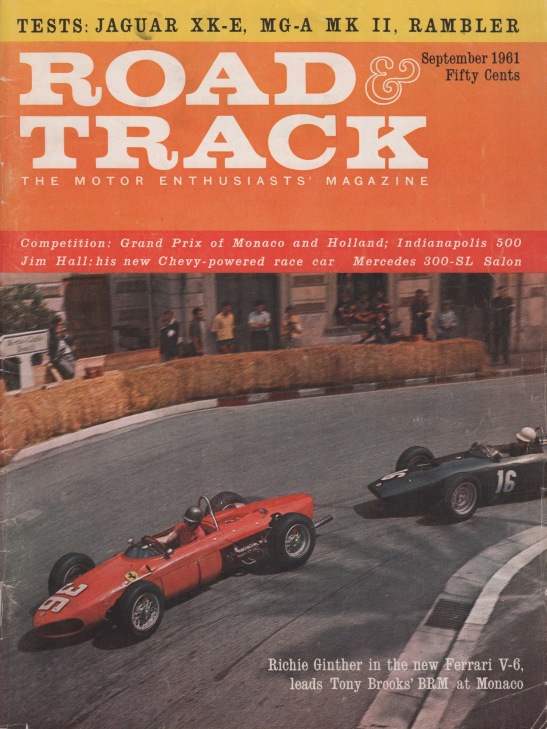 The September 1962 cover of R&T shows Richie Ginther in a Ferrari 156 F1 at Monaco. Note his “driving suit” of the era.

A Different Era. From 1954 through 1960, Formula One engines had been limited to normally aspirated 2.5 liters (or 750-cc supercharged, which no one assayed). The reduction to unblown 1.5 liters in 1961 was not without controversy.

By then, following the lead of British Cooper and Lotus, other manufacturers had gone to mid-engine layouts. Somehow, the cars looked (and sounded) less potent, more graceful. Not to worry, though: Within the 1.5-liter regulation’s five years, they were lapping quicker than those in the 2.5-liter era.

Understandably, the car’s changes for the 1962 season were modest, as reported by Englishman David Phipps in August 1962 R&T. His article was accompanied by a cutaway illustration of the 156 F1 by another English specialist, James A. Allington.

This Allington cutaway and the following images are from R&T, August 1962.

I can study details of the shark-nose 156 F1 for hours. Phipps describes, “As last year, the general specification includes a V-6 engine with cylinder banks separated at 120 degrees, mounted behind the driver in a multi-tubular chassis, with all four wheels independently suspended by double-wishbones and coil spring/damper units.”

It wasn’t until I’d read further that the drawing’s six plug wires were explained: two spark plugs per cylinder, of course. Noted Phipps: “… it is not particularly easy to fit 4 valves and 2 spark plugs into a circle with a radius of 36.5 mm.” This is a scant 1.4 in.

Diminutive 156 F1 engine can be judged in relation to its coolant cap size. This and the following photo are by David Phipps.

Phipps described the 4-valve heads, new to the 1962 car, as having been “to permit even higher rpm than the 9000-plus used last year. The weight of valves and valve gear is the chief factor limiting the rotating speeds of multi-cylinder Formula 1 engines, and Ferrari’s solution has enabled the use of another 1000 rpm at the expense of considerable complication….”

Non Capisco. I enjoyed Phipps’ continued analysis: “Crankcase, block, and cylinder heads are, naturally, made of light alloy, and the crankshaft runs on 4 bearings. Such information was freely dispensed on my visit to Maranello, but, when asked about points of detail design, most of the Ferrari staff became entirely noncommittal, claiming not to understand my questions.”

Ma Inglese Parlato. “However,” he said, “they suddenly gained a surprising mastery of the English language when they found me prowling unaccompanied through the engine shop! Perusal of the photographs I was able to take before being ejected suggests that the camshafts are operated by a combination of chains and gears.”

The crankshaft for the V-6 is machined from a forged billet.

So much for the concern of the 1.5-liter era being wimpy.

A Peaky Curve, Stony Silence. “Requests for a power curve,” Phipps wrote, “have been met with stony silence, but the indications are that the new engine is even more ‘peaky’ than last year’s, and requires full use of the 6-speed gearbox to get the best out of it.”

Need I add, this was a 6-speed gearbox that depended upon the driver stirring a shift lever while occupied as well with other matters.

About the 156 F1’s front suspension, Phipps commented, “No attempt has been made to prevent nose-dip under braking, thus the front wheels take on very considerable negative camber under such conditions—to the detriment of braking efficiency.” 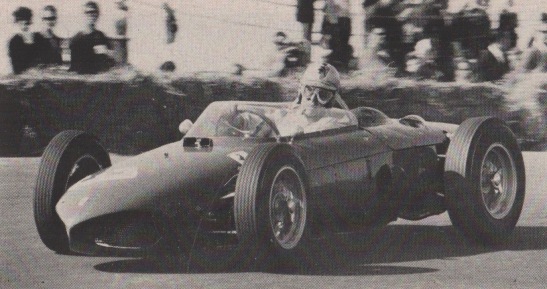 The photo above, appearing in R&T a month after the 156 F1 analysis, confirms Phipps’s erudition. ds