SMALL LATIN, LESS GREEK… BUT CHURCHILL HAD A POINT TOO

Hi ENGLISH PLAYWRIGHT Ben Jonson wrote that his late colleague William Shakespeare had “smalle Latine, and lesse Greeke.” Well, come to think of it, me too.

I was never encouraged (forced?) to study Latin. However my pre-Vatican-Council-of-the-1960s missal was dual language, Vulgate Latin and English. I confused “Vulgate” (the official Latin authorized by the Roman Catholic Church) with the word “vulgar.” And, thus, reading it assiduously, I picked up what might be termed smalle Latine.

And, indeed, my Greeke is certainly lesse: On a book-buying whim, I once bought an old French-Greek dictionary. That is, the dictionary was old, not that it was in Old French.

But back to Ben Jonson. 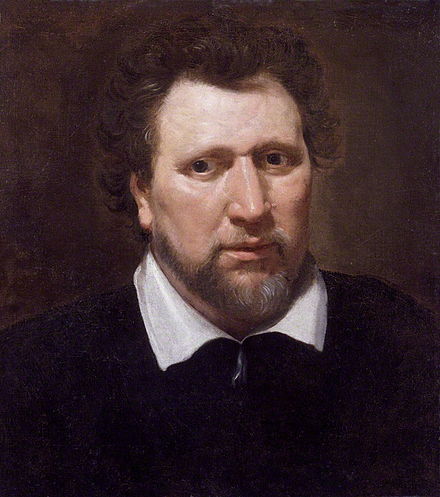 The Encyclopedia Britannica says Ben Jonson “is generally regarded as the second most important English dramatist, after William Shakespeare, during the reign of James I.” He is remembered today for his satiric comedies, including Volpone, or the Fox, c. 1605–1606, and Bartholomew Fair, 1614, and his lyric poetry (To Celia, 1616, whence “Drink to me only with thine eyes).

A 19th-century engraving of Jonson, left, and Shakespeare debating at the Mermaid Tavern, a Cheapside London hangout where the Fraternity of Sireniacal Gentlemen met on the first Friday of every month.

According to Wikipedia, “There are many legends about Jonson’s rivalry with Shakespeare, some of which may be true.[citation needed]” The line about “smalle Latine and lesse Greeke” comes from Jonson’s poem, To the Memory of My Beloved the Author, Mr. William Shakespeare and What He Hath Left Us, prefixed to the First Folio of Shakespeare’s plays, published in 1623.

A Latter-Day Academic Squabble. Three and four hundred years later, scholars have debated Jonson’s “smalle Latine and less Greeke” comment. Did he intend it as a biographical note about Shakespeare’s language skills? Was it contrasting the Bard’s countrified upbringing with courtly classical education? 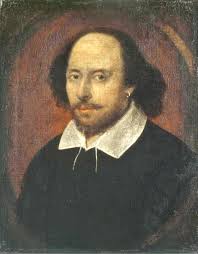 English Language & Usage at the english.stackexchange website contains a lively commentary on whether Jonson intended “though thou hadst smalle Latine and lesse Greeke” in the subjective mood (“Were I king…”) or merely the indicative sense. Roughly, “Even if you had” versus “And although you had.”

Among the responses at the forum is one that says, “This is about as silly an argument as I have ever encountered in Shakespearean scholarship—even sillier than the celebrated Impediment of Adipose.”

I confess this wasn’t “celebrated” to me, so I followed up on it. “The Impediment of Adipose—a Celebrated Case” appeared in The Popular Science Monthly, Vol. 17, 1880. The piece goes on, interminably it seems, about aspects of body mass: Hamlet’s “Oh, that this too too solid flesh would melt,” Caesar’s “Let me have men about me that are fat,” and the like.

Churchill’s View. Another response at English Language & Usage offers Winston Churchill’s view, not on adipose, but on Latin, Greek, and English. We conclude with it here:

“By being so long in the lowest form I gained an immense advantage over the cleverer boys. They all went on to learn Latin and Greek and splendid things like that. But I was taught English. We were considered such dunces that we could learn only English.”

“Mr. Somervell—a most delightful man, to whom my debt is great,” Churchill said, “was charged with the duty of teaching the stupidest boys the most disregarded thing—namely, to write mere English. He knew how to do it. He taught it as no one else has ever taught it. Not only did we learn English parsing thoroughly, but we also practiced continually English analysis….” 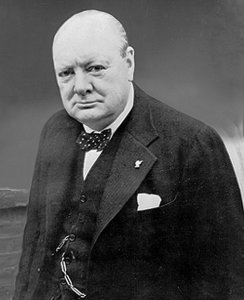 “Thus,” Churchill continued, “I got into my bones the essential structure of the ordinary British sentence—which is a noble thing. And when in after years my schoolfellows who had won prizes and distinction for writing such beautiful Latin poetry and pithy Greek epigrams had to come down again to common English, to earn their living or make their way, I did not feel myself at any disadvantage.”

I suspect both Jonson and Shakespeare would agree. ds

3 comments on “SMALL LATIN, LESS GREEK… BUT CHURCHILL HAD A POINT TOO”