THE BORSCHT CIRCUIT, THE CHITLIN CIRCUIT, AND PHILOSOPHER SANTAYANA PART 2

YESTERDAY IN PART 1, we discussed the disturbing trend these days of increased hate crimes. We also learned of the historic Borscht Circuit in the Catskill Mountains of New York. Today in Part 2, we learn that African-Americans had even an older and more widespread response to discrimination, the Chitliin Circuit.

The Chitlin Circuit. Whereas Jews confronted subtly “restricted” communities, African-Americans experienced outright legalized segregation, and not only in the South. This gave rise to the Chitlin Circuit, a collection of performance venues throughout the eastern, southern, and upper midwest regions of the U.S. Deriving its name from soul food’s chitterlings stew, the Chitlin Circuit thrived from the 19th century through the 1960s.

The Howard Theatre, Washington, D.C., was founded in 1910 and billed as “the Theater of the People.” Andrew J. Thomas was its first manager. In 1974, the theater was entered into the National Register of Historic Places. Below, the Howard interior.

Wikipedia lists more than 30 theaters and night clubs on the Chitlin Circuit, Harlem’s famed Cotton Club among them. Chitlin Circuit alumni include Count Basie, James Brown, Cab Calloway, Ray Charles, Sammy Davis, Jr., Fats Domino, Duke Ellington and his band, the Jackson 5, Aretha Franklin, Lena Horne…. and we’re not even a third of the way through the alphabet of African-American entertainers who played the circuit.

Harlem’s Apollo Theater opened in 1934. Previously, the place had been the Harlem Opera House, a white-only burlesque theater.

To make the “Litchman Chain,” a entertainer had to perform at four particular venues: Chicago’s Regal, Harlem’s Apollo, Philadelphia’s Uptown, and the Howard in Washington, D.C.

Tuxedo Junction, composed by big-band leader/trumpeter Erskine Hawkins, was named for a whistle stop along the Chitlin Circuit, in Birmingham, Alabama. Tuxedo Junction became a hit with other big bands of the era, including Glenn Miller’s. 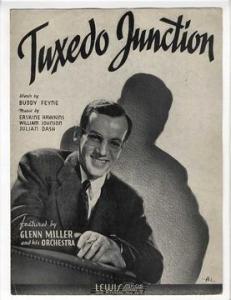 George Santayana’s Admonition. George Santayana is associated with Harvard University, where he studied with philosophers William James and Josiah Royce. He was also an editor and cartoonist for The Harvard Lampoon and, later, on the university’s teaching staff. 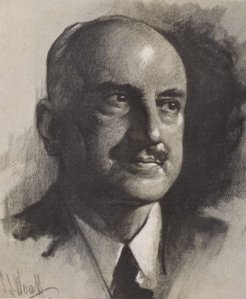 In 1912, Santayana left Harvard and spent the rest of his life in Europe. Along with his extensive philosophical treatises, Wikipedia notes that “Santayana is remembered in large part for his aphorisms, many of which have been so frequently used as to have become clichéd.”

Cliché though it might be, Santayana’s admonition is worth repeating: “Those who cannot remember the past are condemned to repeat it.”

What’s more, those who acknowledge the past, and yet don’t care, are the most condemned. ds

3 comments on “THE BORSCHT CIRCUIT, THE CHITLIN CIRCUIT, AND PHILOSOPHER SANTAYANA PART 2”