READERS OF R&T back in the 1960s had to wait a year before its June 1968 issue was published with Henry N. Manney’s answers to his June 1967 R&T 20th Anniversary Quiz. Today, here are the answers to the six questions posed yesterday at SimanaitisSays, together with some of Henry’s comments from 1968 and an assessment of my own memory before I did some checking. 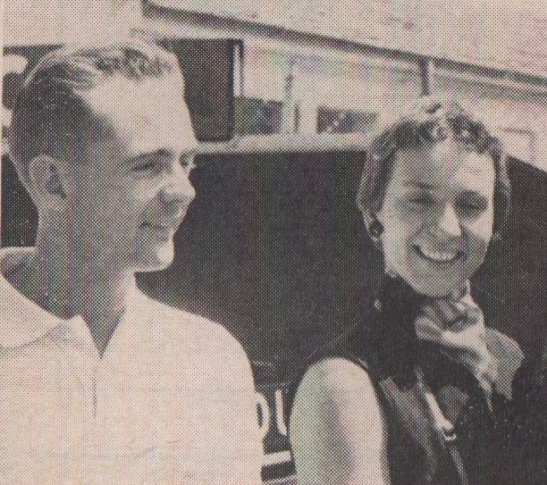 Right off, I recognized Phil Hill and Denise McCluggage, rest their souls. Phil was the only American-born driver to win a World Drivers’ Championship, 1961; the other American winner, Mario Andretti, 1978, was born in Italy. Phil, 1927-2008, was a long-time contributor to R&T. Denise, 1927–2015, was a race driver, author, and automotive journalist. She and I had some jolly adventures.

2. What did the last Bugatti race car and first F1 Honda have in common? They both had mid-mounted transverse engines, unlike most others having longitudinal mounting, fore or aft. Henry noted that a lot of readers got this answer right, with one of them commenting that a fat lot of good it did either car.

The Bugatti Type 251 has appeared here at SimanaitisSays. The original Bugatti company ceased operation in 1952; stalwarts gave Formula 1 a try in 1956, when this single entry ran in only one race, the French Grand Prix at Reims.

Maurice Trintignant in the Bugatti Type 251 at the 1956 French Grand Prix at Reims.

Honda’s first appearance in Formula 1 came with its RA271 in 1964, just four years after the company expanded its motorcycle business to produce cars. 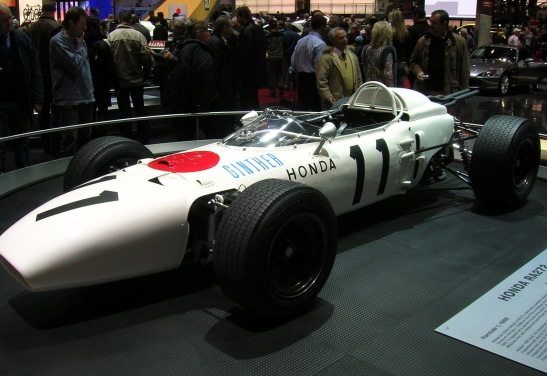 This cheroot-chomping go kart pilot is U.S.A.F General Curtis LeMay, who has made several appearances here at SimanaitisSays. “The General Gambols” shares a great R&T tale: In captioning this 1960 photo, R&T wrote, “We’d humbly suggest that the general should fasten his helmet….” A couple issues later, an airman who asked that his name be withheld wrote, “Apparently the author doesn’t know the general. That kart wouldn’t dare turn over with General LeMay aboard!”

LeMay received another citation here at SimanaitisSays in “Sports Car Racing—Thanks to Uncle Sam”. He offered the use of runways at Strategic Air Command (SAC) air bases for the Sports Car Club of America’s racing program. LeMay also played a silent role of inspiration in this website’s celebration of Dr. Strangelove. The movie’s Generals Jack D. Ripper and Buck Turgidson both display LeMay characteristics.

By the way, LeMay was also an Allard enthusiast.

4. What else is Jackie Stewart good at? Stewart, the “Flying Scot,” is three-time World Drivers’ Champion, 1969, 1971, and 1973, and a principal advocate of racing safety. He is also renowned for his skills in skeet shooting. Stewart won the British, Irish, Welsh, and Scottish skeet-shooting championships and twice won the Coupe de Nations European championship.

I knew this one because Innes Ireland, who had a knack for shooting as well, told me about Jackie’s prowess in the sport. 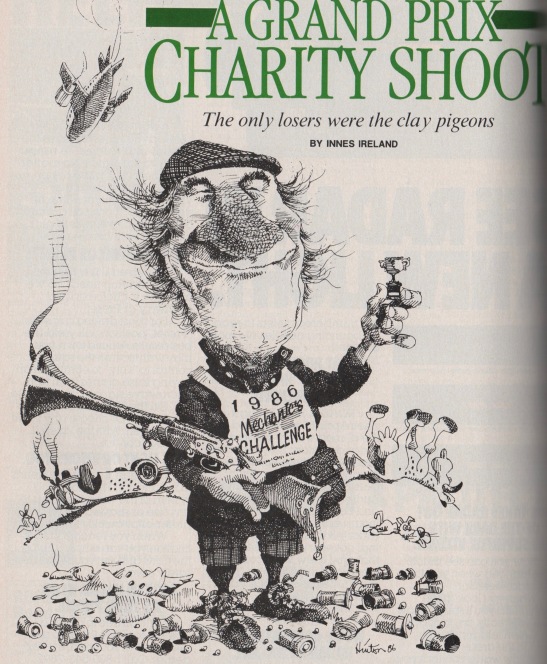 Innes participated in a charity shoot arranged by Stewart at Gleneagles resort. Image by Hank Hinton in R&T, June 1986.

As for Stewart’s other prowess, Henry noted that at least half the quiz entrants “suggested that we ask Mrs. Stewart.”

5. Why are these cars bent?

Distortion of this image is typical in old photos of moving objects. It’s caused by panning with focal-plane shutter at slow speed. Henry also asked for information about the drivers and noted a great answer: “They were two brilliant drivers with two stupid mechanics.” 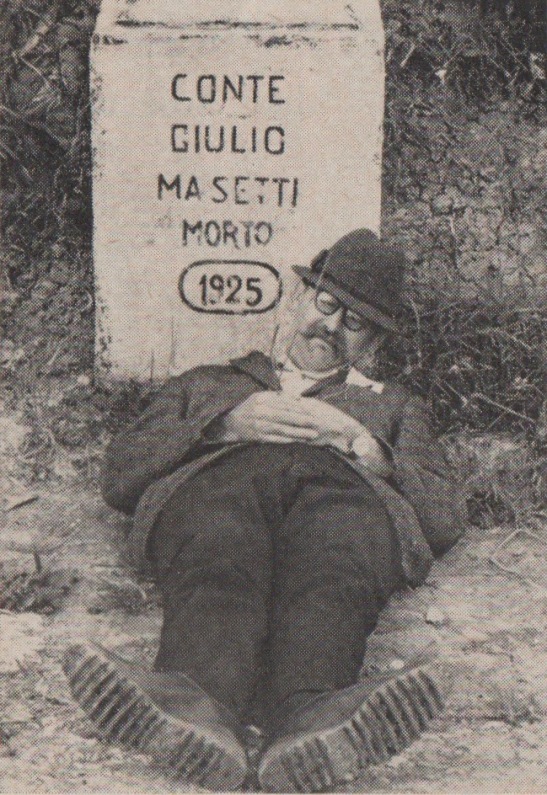 6. Identify this guy taking a nap.

The guy taking a nap, no doubt well earned, is none other than journalist Henry N. Manney III, otherwise known as Yr. fthfl svrt.

Thanks, Henry, again, for your wisdom and wit. ds