THE NAME Edson Fesseden Gallaudet may not come to mind with the likes of the Wright Brothers or Glenn Curtiss, but it deserves a lot more than a footnote. His 1889 Hydro-Bike had an innovation given efficacy later by the Wrights. Gallaudet’s engineering firm produced its first aircraft in 1909, the same year the Wrights founded their company. His 1911 Aero Club of America License No. 32 places him in an elite group of aviation pioneers.

Gallaudet’s designs, though often bizarre, were glorious feats of aeronautical engineering. And, when he retired in 1924, his firm formed the core of the company destined to produce two of World War II’s iconic aircraft. 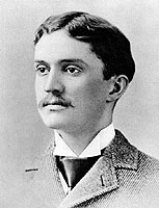 Edson Fessenden Gallaudet, 1871 – 1945, American aviation pioneer. This and other images from The 456th Fighter Interceptor Squadron.

Gallaudet was a grandson of Thomas Hopkins Gallaudet, specialist in education of the deaf and co-founder of what evolved into Gallaudet University in Washintgon, D.C. He earned a Ph.D. in electrical engineering in 1896 and was a physics instructor at Yale from 1897 to 1900. 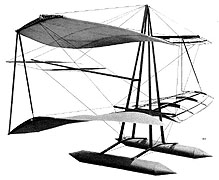 During his time at Yale, Gallaudet designed a kite, his 1898 Hydro-Bike, the lateral control of which depended on warping of its 11 1/2-ft. wingspan. The Wrights’ first kite experiment, also with wing warping, came a year later. Alas, Gallaudet’s initial flights were to be the Hydro-Bike’s last. He was told by his superiors that fooling with flying machines was beneath the dignity of a Yale physics instructor.

Leaving those less than far-sighted colleagues, Gallaudet worked for several engineering firms from 1900 until 1908. Then he founded Gallaudet Engineering Company in Norwich, Connecticut, and evidently wasted no time. His first airplane came a year later, with others to follow.

His 1912 A-1 Bullet was a sleek monoplane of pusher layout. The motor, a 100-hp Gnome rotary, was enclosed in the fuselage and drove its three-blade rear-mounted prop through a lengthy driveshaft. Jane’s All the World’s Aircraft 1913 cites the Bullet was capable of 100 mph. Advanced minds think alike; see the French 1911 Tatin-Paulhan. 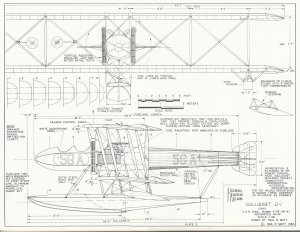 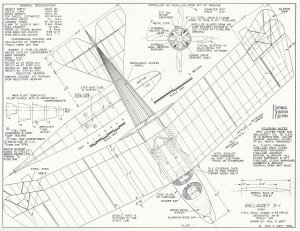 In 1916, Gallaudet’s D-1 floatplane optimized ship-catapult launching with its uniquely positioned propulsion. Dual Duesenberg 125-hp 4-cylinder engines were side by side amidships in the D-1’s fuselage. A four-blade propeller was in the middle as well, driven by a 6:5 spur gear and seemingly splitting the fuselage in two. For another variation of this bizarre idea, see the French Borel.

The U.S. Army bought four of its D-2 variants. A pair of D-4s followed, with the observer given the forward cockpit for a better view. The D-4 swapped dual Duesenbergs for single Liberty power. A prototype crashed in flight testing; the second one was accepted by the U.S. Navy for observation duties.

Gallaudet then turned his company’s attention to constructing Curtiss HS-2L flying boats, many serving in anti-submarine patrols during World War I.

A 1919 catalog for the Gallaudet Aircraft Corporation lists the charmingly named Chummy Flyabout. This was a two-place land-based monoplane, again with Gallaudet-unique propulsion. Two Indian motorcycle engines, each producing from 18 to 20 hp, were mounted in the nose and drove a pair of pusher props.

Gallaudet Chummy Flyabout. Image from Jane’s all the World’s Aircraft 1919.

A single transverse shaft had clutched chain-gear drive from each engine. Thus, one or the other or both motors could provide propulsion. Jane’s All the World’s Aircraft, 1919 observes, “No news has been received of the machine having flown.”

Later, in 1923, Gallaudet designed and built an aircraft of all-metal construction. The Junkers J.1 Blechesel (Tin Donkey) predated it in this by seven years.

Gallaudet retired in 1924, keeping scientific memberships and a low profile until his death at age 74 in 1945. His company evolved into Consolidated Aircraft, renowned for the B-24 Liberator heavy bomber and PBY Catalina flying boat. ds