MUROC DRY LAKE, in the high desert about 100 miles north of Los Angeles, has a rich history in motor sport. Here are a few of my favorite Muroc madcaps, together with related matters that spring to mind. 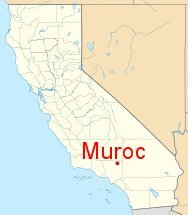 Back in 1910, Ralph and Clifford Corum petitioned for a post office in their California high desert settlement. However, so goes the tale, a Corum post office already existed in Illinois; hence the Corums chose to reverse the letters and call the place Muroc.

Corum/Muroc is a good story, and it’s even found in the book, The Happy Bottom Riding Club: The Life and Times of Pancho Barnes. (A real piece of work in her own right, Pancho deserves her own item here one day.)

However, in researching the Corum/Muroc matter, I found nothing on the internet but a Corum Post Office, Tennessee. Besides, what about all the places named Columbus?

Let’s just observe that the Corums’ Muroc officially existed from 1910 to 1951. It’s now part of Edwards Air Force Base (originally known as Muroc Air Force Base).

The vastness of the place encouraged the Great Muroc Dry Lake Match Race of 1932, which all began with a party at Al Jolson’s Beverly Hills home. Phil Berg, business manager for the likes of Clark Gable and Gary Cooper, was there with his 1931 Model J Duesenberg. Zeppo and Chico Marx showed up in their 1927 Mercedes S Boattail Roadster, no doubt its supercharger emitting a proper shriek on arrival.

Never one to pass up a good wager—and many bad ones as well—Chico challenged Berg to a $10,000 match race, with Muroc eventually (and soberly) selected as the venue.

Come the appointed day, four chartered buses and at least one celebrity-piloted aircraft brought out 200 invited Hollywood celebs. Word got around, and perhaps a thousand ordinary folk showed up too. The initial $10,000 wager grew with side bets to some $25,000.

The course was a 5-mile circle, traversed thrice. It was close at first, with speeds reaching 110 mph. Ultimately, the Duesenberg finished far in the lead and Chico lost his bet.

Here’s another Chico Marx story: Befitting his nickname (pronounced “Chick-oh”), he was quite the womanizer. Once caught at this, Chico told his wife, “I wasn’t kissing her. I was whispering in her mouth.”

Muroc’s Hollywood fame continued in 1936 when Metro-Goldwyn-Mayer used it (in lieu of Bonneville Salt Flats) for the movie Speed.

Generally considered a B-flick, Speed is known for its racing cinematography, with footage from the Indianapolis 500 and other scenes shot at Muroc.

Speed and its stars resonate with good stories. According to advanced publicity, Jimmy Stewart actually reached 140 mph at Muroc in the flick’s Emery Falcon.

This was Stewart’s first top-billed role. Later movies, No Highway in the Sky, Strategic Air Command, The Spirit of St. Louis, The Flight of the Phoenix and even Airport ’77 displayed the actor’s commitment to aviation. So did his active military career in World War II that culminated in Stewart’s rank of Brig. General in the U.S. Air Force Reserve.

The female lead in Speed was Wendy Barrie, born Marguerite Wendy Jenkins and adopting the surname of her godfather, Peter Pan author J.M. Barrie. Her name arose in a book I’m reading, Daughter of the King, by Sandra Lansky and William Stadiem. 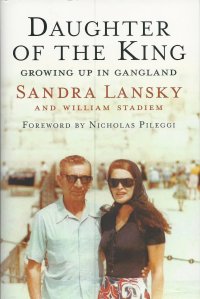 Does the name Meyer Lansky ring a bell? Sandi is Meyer’s daughter, and her memoir mentions Wendy Barrie as a mistress of Uncle Benny, who had romances with the likes of Jean Harlow and Mae West as well.

Sandi’s Uncle Benny might be better known as Bugsy Siegel, one of her father’s cofounders of Murder Incorporated.

All in good summer reading fun.

Speed was the film debut of Patricia Wilder, whose later persona as “Honey Chile” Wilder is said to have given Truman Capote the inspiration for Holly Golightly in Breakfast at Tiffany’s.

As a last motor sport tie-in, actress Una Merkel was also in Speed. Her final film role was in Spinout, a 1966 flick about band singer/race driver Elvis Presley.

To think this all started with the Corums’ Muroc. ds