JAMAICAN ENGLISH, FROM “A” TO…

ANY LANGUAGE IS living and evolving. Hence, I cannot expect my 1967 Dictionary of Jamaican English to be entirely au courant. Nonetheless, it makes for entertaining reading. 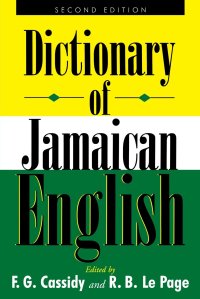 The book’s dedication page reads, “To the University of the West Indies where this dictionary was made and fostered.”

Linguistic Technicalities. The dictionary begins with an extensive Historical Phonology of Jamaican English. This includes linguistic aspects such as dialects (even on an island 170 miles tip to tip, differences exist), vowels, semivowels, and continuants, syllabic consonants, and reduction of consonant clusters.

Yes, one of these days, I must learn more about these technicalities. For the nonce, though, I’m happy to peruse the Dictionary portion for interesting words. Wouldn’t you know, I’ve only just got through the A’s.

ABBA. “Name for a female born on Thursday: a so-called ‘African Day Name.’ An obsolete term. An example from 1935: ‘Poor ketch Abba a low groun’ him tun servant fe dorg. (When poverty catches Abba on low ground, she becomes servant to a dog.)’ ”

A green lizard on a tree. Image of Anolis grahami by jpockele.

ALL OF THAT. “Expressing emphatic agreement: Exactly! Just so!” 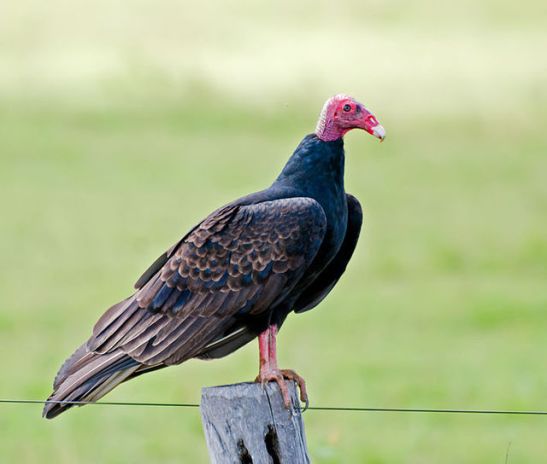 AMEN-PREACHER. “A nickname for the John Crow, from its black plumage, and from the strong dislike for evangelistic missionaries felt by some at the time it was given. Still current in 1940.”

The John Crow, as the turkey buzzard is locally known, gave rise to the Jamaican word “jancro.” As described by Jamaican Patwah, a jancro is “someone that is the lowest form of human life. Usually doesn’t have any redeeming qualities… one of the most demeaning insults.” 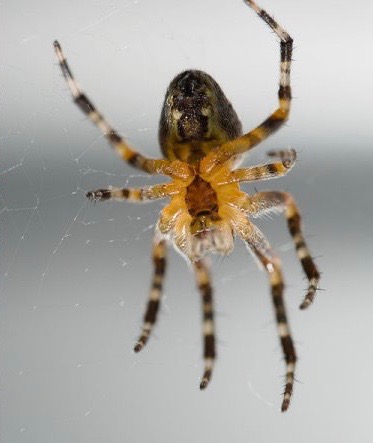 A Jamaican folk hero (the Anancy). Image from ancientpages.com.

ANANCY, ANNANCY. From the Ashanti. “The central character of numerous fables, West African in origin, and extremely popular in Jamaica and many other parts of the West Indies. Anancy, a spider, pits his cunning (usually with success) against superior strength. 1868: ‘… in his metaphoric versatility, he out-Proteuses Proteus.’ ”

A Jamaican oriole. Image by Charles J. Sharp from Wikipedia.

AUNTIE KATIE. “… echoic and personifying the BANANA BIRD. The varied song of Auntie Katie (or Auntie Essie as she is also called) is heard to best advantage in February to March. A 1936 reference: Bond 357, Jamaican oriole (Icterus leucopteryx).”

James Bond, 1900–1989, American ornithologist and expert on birds of the Caribbean. Image from the Academy of Natural Sciences Philadelphia, 1974.

Ian Fleming, who maintained his estate Goldeneye on Jamaica, thought Bond would be a good name for a spy. ds