SLED DOGS HAVE MUSHED SINCE THE HOLOCENE

Beckwith writes of this canine group’s “integral bond with the lives of Arctic peoples and their survival since the dawn of the Holocene about 12,000 years ago.”

International Research. An international group of 35 researchers published “Arctic-adapted Dogs Emerged at the Pleistocene-Holocene Transition” in ResearchGate, June 2020, with an abstract available here. The article also appeared in Science, June 26, 2020, from which images appear here. 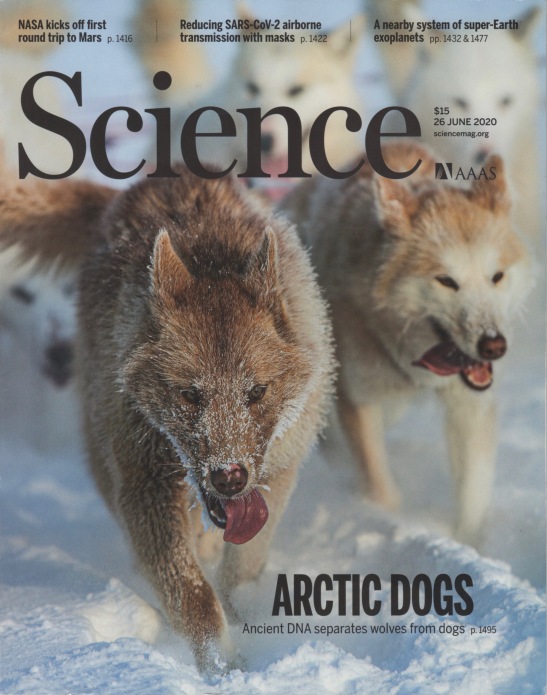 Seeking Zhokhov’s Kin Worldwide. Researchers generated nuclear genomes of canine samples from around the world, including a mandible (lower jaw) unearthed at an archeological site at Zhokhov Island. Zhokov is part of the De Long Islands in the East Siberian Sea, about 1000 miles northwest of the Bering Strait. Its archeological site dates from the Sumnagin Mesolithic culture, some 8000 to 9000 years ago.

The mandible, nicknamed “Zhokhov,” was dated to 9524 years before present (YBP). A Siberian wolf mandible (“Yana”) unearthed on the Siberian mainland nearby was dated from 33,019.5 YBP. Also studied were genome sequences of 10 modern Greenland sled dogs. 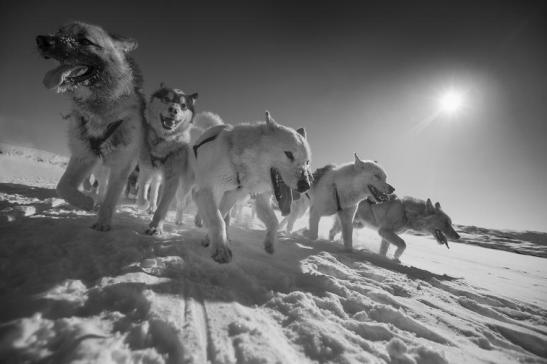 Zhokhov’s Diet. The researchers found another link between Zhokhov and modern sled dogs. “Indeed,” they write, “modern sled dogs and Zhokhov are among the only dogs in our dataset that carry the ancestral MGAM haplotype found in high frequency in wolves.”

“Most domestic dogs,” they note, “are adapted to starch-rich diets…. By contrast, sled dogs harbor specific haplotypes of genes involved in coping with a high intake of fatty acids.”

What’s more, the researchers observed, “Overall, similar adaptations to high intake of fatty acids have been described in Inuit and other Arctic human populations, so our observations suggest that sled dogs adapted to a fat-rich and starch-poor diet, echoing the dietary adaptations of the Arctic human cultures with whom they coexisted.”

Sledding. Zhokhov’s site suggested “the traditions and key genomic variations that define modern sled dogs were established in the northeast Asian Arctic more than 9500 years ago, Our results imply that the combination of these dogs with the innovation of sled technology facilitated human subsistence since the earliest Holocene in the Arctic.”

How do you say “mush” in Sumnagin Mesolithic? ds