Just for the record, our Honda Crosstour is fine, thank you.

Here are tidbits on the auto and petroleum industries’ beneficial interactions that led to Techron and other fuel injector and detergent additives used in today’s gasolines.

The Bad Old Days of Tetraethyl Lead. A hundred years ago, tetraethyl lead (TEL) was discovered as a means of mitigating knock, destructive spontaneous ignition at the wrong time and in the wrong place within engine combustion chambers. There’s a tale of TEL salesmen sprinkling this mysterious stuff on their ties and then waving them over carburetors of severely knocking engines. The knocking immediately vanished.

However, in the long run, we should fear for the salesmen: As noted by Wikipedia, “Lead is a highly poisonous metal (whether inhaled or swallowed), affecting almost every organ and system in the human body…. Lead can cause severe damage to the brain and kidneys and, ultimately, death.” 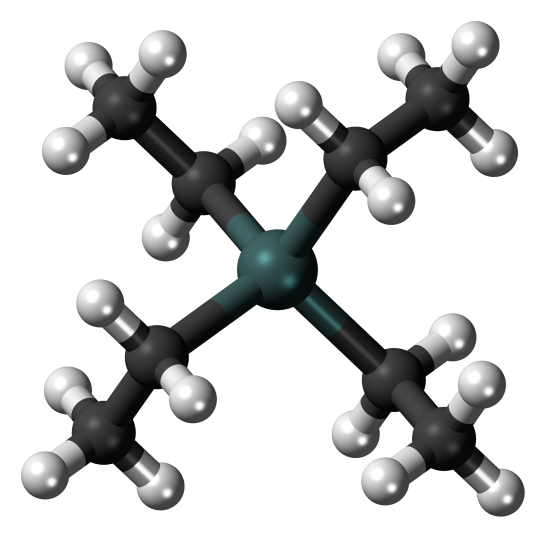 A ball-and-stick representation of TEL: Lead, Pb, is its center; the four legs are H3C, H3C, H3C, and CH3. Image by Jynto.

Get the Lead Out. Toxicity of lead, known since ancient times, was addressed in the U.S. Clean Air Act of 1963. Among other things, this regulation established motor vehicle emission standards. One response, evolving in the 1970s, was automotive catalytic converters. Another advancement was automotive fuel injection replacing the less precise carburetor.

TEL conflicted with both of these: Lead poisoned the functioning of catalytic converters. And inherent lead deposits on engine components led to clogged fuel injector nozzles.

A Need for Fuel Injector Cleanliness. Shah notes, “One of the first and the most commonly used fuel injector cleaners is polyetheramine, or PEA. It was first developed by Chevron as early as 1980 under the name PRC (later renamed Techroline).”

In 1995, Chevron released their product under the name Techron. Thus, Techron’s 25th anniversary this year.

Chevron evolved from Standard Oil Co. California, a 1911 outcome of the 1890 Sherman Antitrust Act, which broke up Standard Oil into the “Seven Sisters.”

Automaker Cooperation. In 1996, the U.S. Environmental Protection Agency responded to the need for fuel injector cleanliness with its Lowest Additive Concentration standard for automotive gasolines. However, as Shah notes, “The implementation of the standard for fuel detergents was a strong first step, but many automakers felt that the LAC standard was insufficient. This inspired the collaboration of automakers, such as Toyota, Honda, General Motors, and BMW, to establish a higher standard for detergent additives in gasoline.”

In 2004, the result of this research collaboration was establishment of a Top Tier gasoline standard, with significantly greater concentration level than the LAC’s. 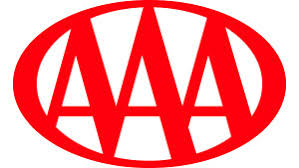 Efficacy of Top Tier Gasolines. Shah observes, “In a study conducted by AAA, Top Tier fuel was shown to be an astounding 19 times better at reducing the engine deposit buildup than the non-Top Tier fuel.” What’s more, non-Top Tier gasoline showed as much as a four-percent loss in fuel economy.

And, in 1995, Chevron was there first. Happy Birthday, Techron! ds