SINCE ITS 1954 film debut, Godzilla has doubled in size, breaking all sorts of guidelines in evolutionary theory. It’s more along the lines of the Hollywood dictum that if one elephant is good, then a hundred elephants must be hundred times better. “A Movie Monster Evolves, Fed by Fear” discusses this phenomenon in Science, May 31, 2019, published by the American Association for the Advancement of Science.

Scientists Nathaniel J. Dominy and Ryan Calsbeek are in the Department of Anthropology and Department of Biological Sciences at Dartmouth College, Hanover, New Hampshire. Their interests in the 2019 film Godzilla: King of the Monsters led them from evolutionary theory to the works of critic Susan Sontag and cultural historian William Tsutsui. Here are tidbits gleaned from their article.

The film Gojira followed in October 1954. The title combined the Japanese word gorira, “gorilla,” with kujira, “whale.” As Dominy and Calsbeek describe, “The tests destroyed the creature’s deep-water ecosystem, and in turn, the creature destroys the urban infrastructure of Tokyo.” 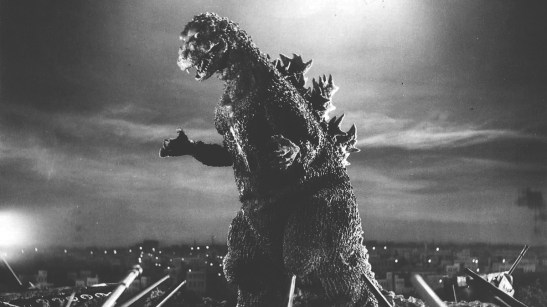 Gojira, aka Godzilla, destroyed Toyko in 1954.

Success of the film led to 31 more Japanese Gojira productions, scads of video games, and three Hollywood flicks, the most recent being Godzilla: King of the Monsters. 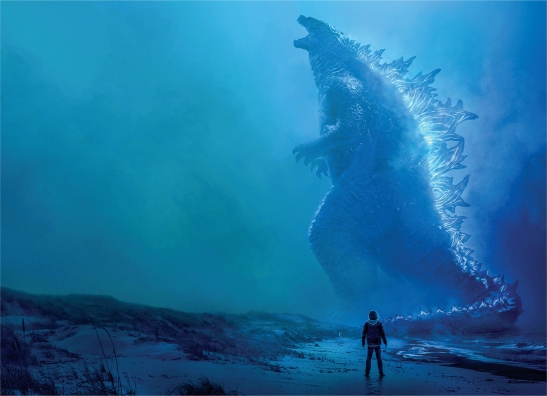 A Cultural Historian’s View. William Tsutsui is an associate professor of history at the University of Kansas and an evident Godzilla authority. Dominy and Calsbeek say he “attributes this lasting success to the ever-shifting metaphor behind Godzilla and his proclivity for toppling buildings and destroying cities. What began as a pointed antinuclear fable has since evolved into a broader allegory for human folly and our reckless disregard for the natural environment.”

Godzilla on My Mind: Fifty Years of the King of Monsters,

A Social Critic’s View. The New York Review of Books, December 19, 2012, described Susan Sontag as “one of the most influential critics of her generation.” She wrote on a multitude of topics, including Notes on Camp, 1964; Illness as Metaphor, 1978; and In America, 1999. 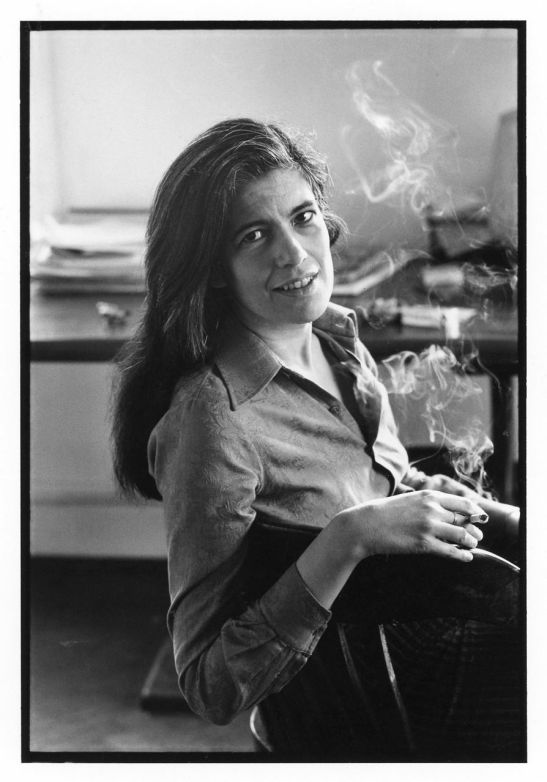 Sontag argued that our taste for disaster films was constant and unchanging. In Against Interpretation and other Essays, 1961, she wrote, “The typical science fiction film has a form as predictable as a Western, and is made up of elements which, to the practiced eye, are as classic as the saloon brawl, the blonde schoolteacher from the East, and the gun duel in a deserted main street.”

Dominy and Calsbeek take a broader view: “On the contrary,” they write, “we suggest that Godzilla is evolving in response to a spike in humanity’s collective anxiety, Whether reacting to geopolitical instability, a perceived threat from terrorists, or simply fear of ‘the other,’ many democracies are electing nationalist leaders, strengthening borders, and bolstering their military presence around the world.”

They cite a 2003 Pentagon report that forecasted the effects of climate change on world security: “The idea that climate change is now the ‘mother of all security problems’ has scarcely dissipated since. Today, the U.S. Department of Defense views climate change as both an ‘accelerant of instability’ and a ‘threat multiplier.’ ”

A metaphorical monster evolves with cultural anxiety. Image from Science, May 31, 2019.

Godzilla doubled in size between 1954 and 1991, a period of cold war tensions followed by Persian Gulf instabilities. It returned to a more diminutive stature during 1999–2003, Dominy and Calsbeek observe, only to resume “rapid growth alongside an uptick in global strife.”

“The monster,” they conclude, “is thus more than a metaphor; it is a fable with a lesson for our times. Now is the time for cooperation—across countries, across disciplines, and across party lines. It is our only hope of mitigating the dire existential threats we face today.” ds