“SUPPOSE YOU WERE an idiot. And suppose you were a member of Congress. But I repeat myself.”—Mark Twain, a Biography. Corroborating this is “The Great National Circus,” by Eric Foner, in the London Review of Books, November 22, 2018.

Foner reviews Joanne B. Freeman’s book The Field of Blood: Violence in Congress and the Road to Civil War, which focuses on the mid-1830s until the outbreak of war in 1861. This was a time of congressional dominance over the executive and judicial branches of the U.S. federal government. Foner notes, “Who could become excited by John Tyler, Millard Fillmore or Franklin Pierce? The Senate chamber, by contrast, was inhabited by giants….” 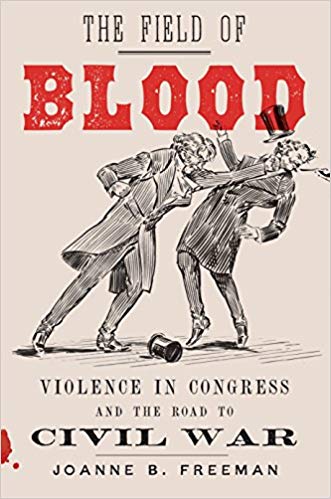 The Field of Blood: Violence in Congress and the Road to Civil War,

Not that these giants were particularly well behaved. Here are tidbits gleaned from Foner’s LRB article.

Preston Brooks, House of Representative member from South Carolina and Butler’s cousin, considered Sumner’s comments an insult to his extended kin, South Carolina, and the entire South. Writes Foner, “Brooks chivalrously waited for a group of female visitors to leave the chamber, then approached Sumner, who was seated at his desk, and began raining blows on his head and shoulders with his cane. The wood eventually splintered, but Brooks continued the assault, later remarking, ‘Toward the last he bellowed like a calf. I wore my cane out completely but saved the head, which is gold.’ ”

Preston Smith Brooks, 1819–1857, Member of the U.S. House of Representatives. States Rights Democrat, ardent advocate of slavery, handy with a gold-headed cane. The city of Brooksville, Florida, renamed itself in his honor immediately after the assault. What can we learn from this about this city?

An 1858 Free-For-All. In 1858, the U.S. House of Representatives was the venue. Foner writes, “It began as a fight between Galusha Grow of Pennsylvania and Laurence Keitt, another aggressive South Carolinian, during a debate over the Buchanan administration’s efforts to admit Kansas as a slave state.” 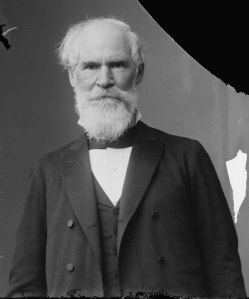 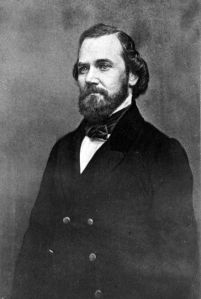 “Northern and Southern congressmen rushed to take part,” Foner writes. “John Potter of Wisconsin grabbed William Barksdale of Mississippi by the hair, only to discover that he was wearing a toupée, which fell to the floor. Some thirty members engaged in the brawl while the Speaker of the House pounded his gavel in vain, demanding order.”

And we think today’s U.S. Congress contains a bunch of whackos. Which, in many ways, it does.

Feisty, But Functioning. Indeed, as Foner observes, “Despite the many incidents Freeman describes, in the years before the Civil War the House and Senate were functioning institutions. They accomplished far more than they do today, when lawmakers are hard-pressed to keep the government functioning, much less address issues such as climate change and healthcare. Because of the prevailing discord, one magazine in 1860 referred to Congress as ‘the Great National Circus.’ More than a century and a half later, the label still fits.” ds