I AM EVIDENTLY in good company considering the Alps to be “Mountains of Prominence”. G. Geoffrey Smith, Bentley driver, surely agreed. The first two issues of On the Road, published between July 1935 and October 1939 by Bentley Motors, recounted his Alpine touring in “A Continental Ramble” at the wheel of his 3 1/2-Litre Airline Bentley saloon.

The 3 1/2-Litre was built between 1933 and 1939. The model was one of the Derby Bentleys, built in Rolls-Royce’s Derby, England, facility after W.O. lost his company to this competitor. And note an important distinction: Bentley has its Drivers Club; Rolls-Royce, merely an Owners Club. 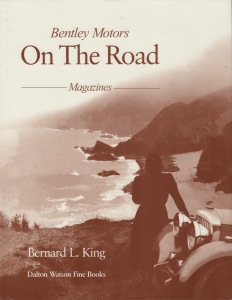 Bentley Motors On the Road,

Nineteen Days and 2200 Miles. “There were schoolboys in the party,” G. Geoffrey Smith observed, “and they were largely responsible for the route followed…. Tony, my eleven-year-old son, whose first foreign trip it was, had watched the plotting of the tour with eager interest.”

Splugen, Switzerland. This, other images and captions from On the Road, the images originally appearing in Autocar.

On the Bentley’s Practicality. “For the first time in many years’ motoring in many cars, we had been able to accommodate in the tail of the 3 1/2-Litre Airline Bentley a bag apiece—a great boon in itself.”

The wonderful vista of snow peaks from the summit of the Simplon Pass, Switzerland.

Later in Smith’s narrative, he noted, “As we packed our luggage aboard next morning, there was quite a knot of interested spectators around the car, for the exceptional luggage space in the streamlined tail seemed something quite new to them.”

On Crossing Borders. “ ‘Daddy,’ from our youngest passenger, when we had reached the Kehl Bridge, which divides France from Germany at this point, ‘do you mean to say that we only have to drive over this bridge and we are in a different country?’
‘Yes.’
‘And they speak a different language and have different money and everything?’
‘Yes, son.’
‘Daddy, why?’
‘Well you see…’ but by this time we had reached the German side of the bridge, and for the first time in many trips the Customs provided a welcome relief from the flow of questions!” 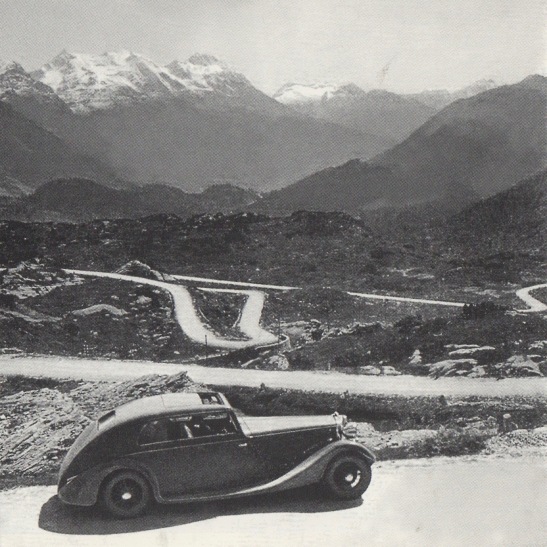 On Costs of Touring. “Our subsequent experiences proved Germany to be the cheapest country in which to tour, Austria next, Italy next, France fourth, and Switzerland the most expensive of all.”

“Tank refills were no small item in France with Esso (Ethyl) [i.e., high octane] at 2.65 francs a litre (about 3s. 7d. a gallon).” It’s left for the reader to convert this to a relevant figure today. Hint: Smith is talking the Imperial gallon, approximately 1.2 of the U.S counterpart. An Imperial gallon is 4.546 liters; a U.S. gallon, 3.785 liters. For more on 3s 7d, see “What’s That in Guineas?” It’s all open-book, but keep your eyes on your own paper.

Later, Smith noted, “With petrol in Germany at 38 pfennigs and Esso at 42 pfennigs a litre (about 1s. 11d. and 2s. 1d. respectively a gallon), our expenses dwindled considerably across the border.”

On Bavarian Dress. “The women are lovely—no ‘bobbing’ and lipstick here—most their hair coiled in long plaits above their heads…. White cotton stockings and flat-heeled shoes do not sound attractive, but you realize that walking gracefully is an art lost to the town-bred woman as you watch the ladies of Garmish-Partenkirchen move.” 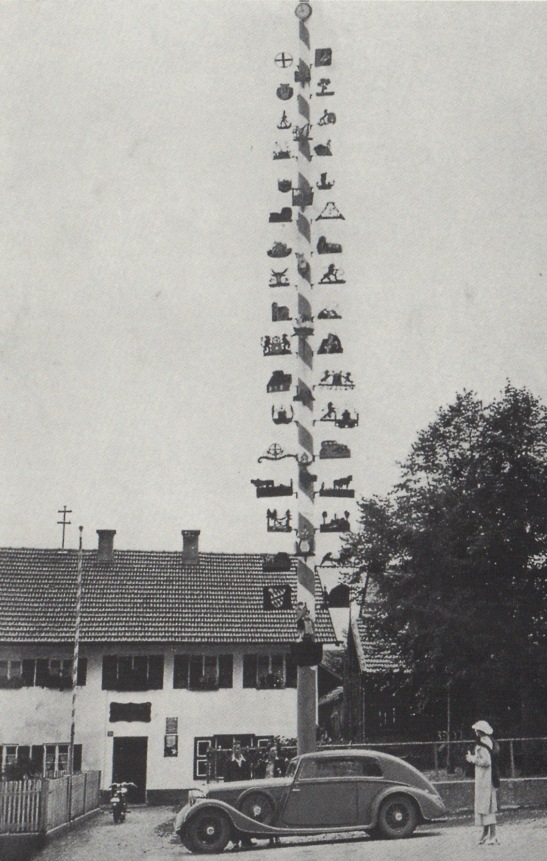 Smith noted that young Bavarian boys adopted the “buckskin shorts and leather braces” of their elders. On his son’s response, he wrote, “Tony was very intrigued as he strode around the town with his hands thrust deep in his own first ‘long-uns,’ quite unconscious that in his striped school blazer and cap he looked every bit as odd to young Bavaria as they to him.”

Driving the Passes. “We ran over virgin snow some inches deep with our wipers working vigorously to remove the snowflakes from the screen, comforted by the thought of existence of S.O.S. telephones at definite intervals on all Swiss mountain passes in case of emergency.”

“We were now approaching the San Bernardino Pass (6300 ft.)—every country has its St. Bernard’s—and climbed ceaselessly for practically twenty kilometres, finding the many abrupt hairpin bends just negotiable without reversing, thanks to the excellent steering lock…. The gradient is so carefully engineered that the Bentley would romp up at any speed one wished. A few yards of second gear at each bend, then third (a 78-mph gear, incidentally) could be engaged and speed increased until the succeeding bend.”

Need I reiterate that it’s the Bentley Drivers Club? ds

2 comments on “A PROPER ALPINE DRIVE”

This entry was posted on October 8, 2018 by simanaitissays in Classic Bits and tagged "A Continental Ramble" G. Geoffrey Smith, Bentley 3 1/2-Liter Airline saloon, Bentley Motors On The Road, continental drive in a Bentley 1935.