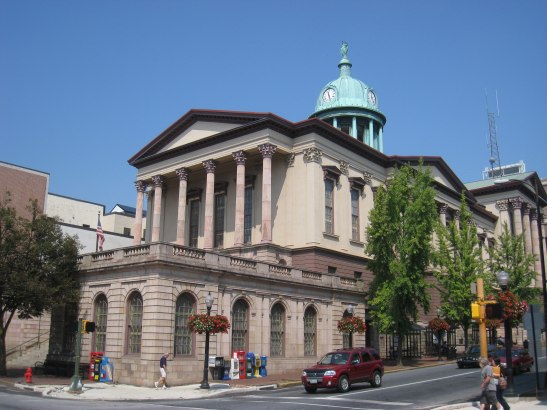 Sloan’s other claim to fame is his book The Modern Architect, published in two volumes in 1852 and 1853. Each consisted of elaborately detailed studies for everything from a Laborer’s Home to a Plain Dwelling to an Elizabethan Villa to a Southern Mansion—to a Schoolhouse. In fact, two different schoolhouses. 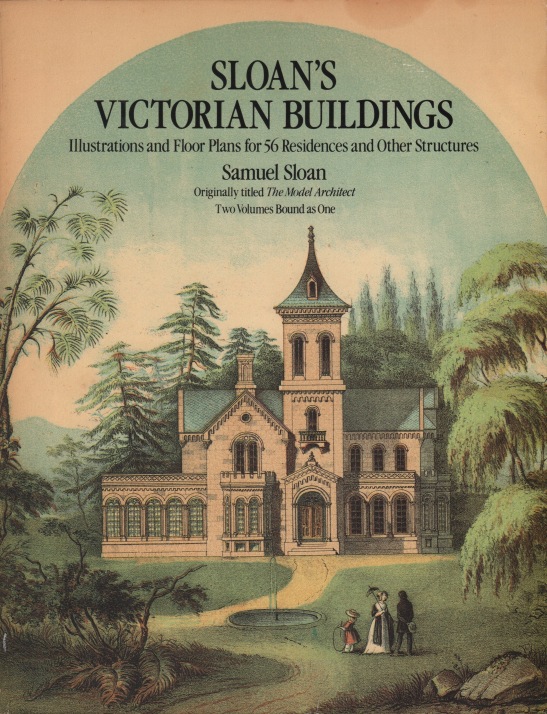 This Dover reprint, in large 9 1/4 in. x 12 1/4 in. format, retitled Sloan’s Victorian Buildings, is actually a 15-percent reduction of Sloan’s original illustrations, elevations, floor plans, and architectural details of 56 buildings. Each chapter has text describing Sloan’s assessment of mid-19th-century architecture as well as his opinions of its social mores.

In the Introduction to this 1980 Dover reprint, Harold N. Cooledge, Jr., Alumni Professor of Art and Architectural History, Clemson University, wrote, “That Sloan did not always—indeed, only seldom—practice what he preached is unimportant. Few of us can, or do, today. What is important is that he believed it, passionately, and that at a critical nexus in our cultural history those beliefs were disseminated to a national public—who remembered, and acted upon, some of them.”

Today, Middletown, U.S.A., has plenty of buildings that display a late-19th-century civic pride in their overall execution and architectural details. Thus, for example, I could imagine the book being useful to hobbyists building scenery for model railroads. It’s also fascinating to see “the good old days,” at least from Sloan’s view of it.

Sloan on School-Houses. “We… well remember the dilapidated building, with only one room, standing in the cheapest lot in the neighborhood, and perhaps without any enclosure [schoolyard].… But chiefly we remember when perched on the high, hard, backless bench how we would long for the hour of letting out, with what delight we would escape from the pseudo penitentiary, what little pleasure Monday morning brought, and how each day intervening the vacation was carefully numbered. There is in an old spelling book this sentence, ‘Boys hate study,’ and once we thought that nothing indeed could be more true; but now we know that it was not so much the study that excited dislike as its unpleasant associations.” 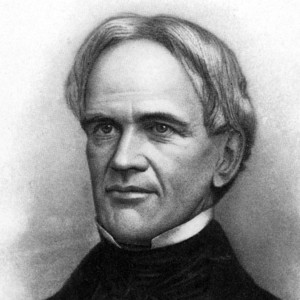 Horace Mann, 1796–1859, American education reformer and Whig politician. He had a cameo appearance here at SimanaitisSays as husband of Mary Peabody, one of the Peabody sisters of Salem.

Sloan continues, “The report of Hon. Horace Mann, secretary of the Board of Education in Massachusetts, for 1846, says—‘For years the condition of this class of edifices, throughout the State, has been growing worse and worse.’ ”

So much for the fabled Little Red Schoolhouse, eh?

However, Sloan writes, “The Genius of Improvement at last reached the School-house and found great room for exercise.”

These and the following images from Sloan’s Victorian Buildings. 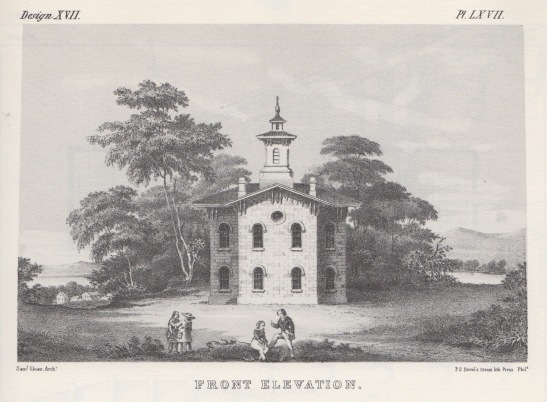 Sloan’s perception of schoolhouse interiors was definitely pre-Montessori, as were his architectural fillips.

In his second volume of proposals, Sloan offered a second school-house. “In external appearance,” he writes, “it is similar to a building for a Normal school, now in the course of erection in Philadelphia, under the superintendence of the author, and will accommodate about seven hundred and twenty pupils.”

I suspect the kids weren’t any happier than with his earlier classroom layout.

Sloan on Ventilation. “To Dr. Franklin [yes, Ben Franklin] belongs the honor of first calling public attention to it [ventilation] and discovering principles whose value will be felt so long as men inhabit artificial dwellings.”

“The atmosphere,” Sloan continues, “when pure, is composed of about seventy-eight parts of nitrogen, twenty-one of oxygen, and one of carbonic acid [H2CO3]. After the air has been used for the purposes of respiration, its proportions are changed by the action of the blood and lungs, and when exhaled, the same quantity of air contains eight parts less oxygen and eight more of carbonic acid. This last is deadly hostile to animal life….”

Sloan continues, “A healthy man takes in about forty cubic inches of air with each breath. He thus poisons every hour nearly two and a half hogsheads.”

2 comments on “SAMUEL SLOAN ON SCHOOLHOUSES—1852”