YESTERDAY AT CENTERSTAGE we had Bach’s Goldberg Variations and how they got their name from the insomniac Count von Keyserling’s harpsichordist Johann Gottlieb Goldberg. Today, Glenn Gould still delights us through recordings of his artful performances.

Canadian Glenn Gould generated a wealth of good stories. He was eccentric to an extreme, known to dress year-around in coat(s), hat, and mittens. Thus attired, he was once arrested in Sarasota, Florida, presumably as a vagrant.

To recording engineers, Gould was notorious for humming along with the music, a habit he traced to his mother’s having taught him to “sing everything that he played.” 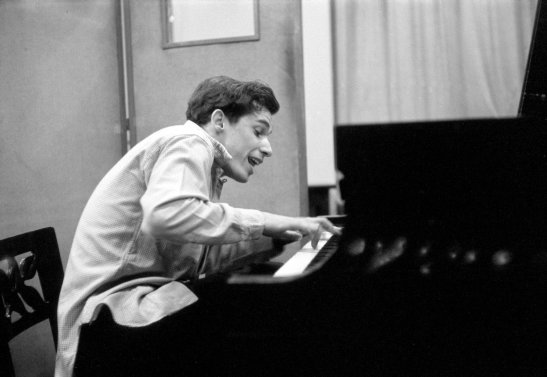 Glenn Gould, 1932–1982, Canadian pianist, writer, broadcaster, and conductor. Although something of a hypochondriac, he also suffered from a spine injury in his youth; the continued use of drugs may have had a deleterious effect on his health. Gould died of a stroke at age 60.

Gould was known to invent phony alter egos, among them German musicologist Karlheinz Klopweisser and English conductor Sir Nigel Twitt-Thornwaite. He’d have them write hostile reviews or incomprehensible commentaries of his performances.

He often preferred to have the keyboard at almost eye level, and performed seated in a specially modified chair that now resides in the National Library of Canada. 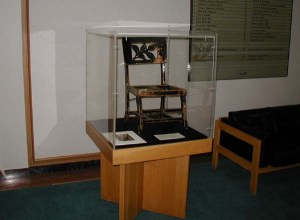 The Goldberg Variations consist of a gentle Aria and 30 Variations. Bach composed the piece in 1741 originally for harpsichord. The first pianos, striking strings by hammers rather than a harpsichord’s plucking, were entering fashion at the time, but Johann Gottlieb Goldberg, the Count Keyserling’s chamber musician, played the harpsichord, not the piano-forte, as it was known at the time. 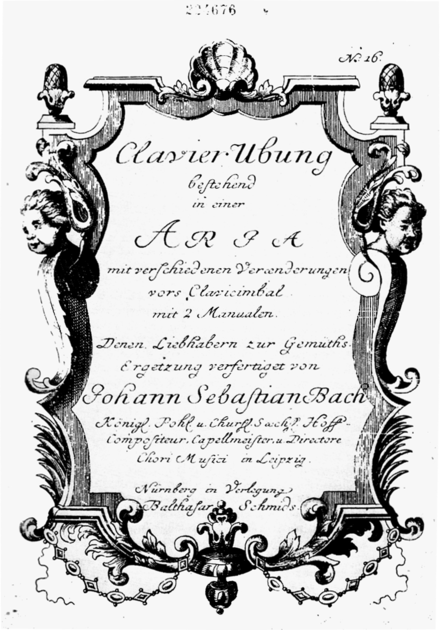 These days, most recorded Goldberg Variations are for piano or, as in Trevor Pinnock’s performance, for the harpsichord. The work has been transcribed, though, for string trio, for recorder quintet, and even for The Canadian Brass

There have even been jazz crossovers: French pianist Jacques Loussier’s jazz trio and the Uri Caine Ensemble. The Goldberg Variations have had life on the silver screen as well: The English Patient (Goldberg Variations: Aria—Arranged for Orchestra).

Gould wrote in 1955 that the variations include “such diverse contrapuntal structures as a canon upon every degree of the diatonic scale, two fughettas, and even a quodlibet (the superposition of street-songs popular in Bach’s times)…. Indeed, this noble bass [of the Aria] binds each variation with the inexorable assurance of its own inevitability.”

Glenn Gould: A State of Wonder collects his 1955 and 1981 performances of the Goldberg Variations. Artists evolve, and at the 1981 session, Gould was quoted as coming “to despise the earlier version, speaking of it in stentorian tones as ‘the most overrated keyboard disc of all time.’ ”

On the other hand, Tim Page writes in the CD notes, “If you were young in the 1950s, and you attended the films of Bergman and Fellini, were hip to the Existentialists in Paris and the ‘Beats’ on the road, and followed the stylistic twists and turns from John Coltrane, Miles Davis, and other modern jazz artists, it was more than likely that you were a Gould fan as well.”

This entry was posted on August 22, 2018 by simanaitissays in And Furthermore... and tagged "Glenn Gould: A State of Wonder - The Complete Goldberg Variations 1955 & 1981", Glenn Gould's eccentricities, Glenn Gould's piano chair.