BACK IN the 1980s when most cars still had traditional breaker-point ignitions, one carmaker’s innovative state-of-the-art electronic system was heralded with a wonderful press release: “New Rapidfire has a pointless ignition!” We all chortled.

In Automotive News, June 22, 2015, Richard Truett suggests a result of this: “Electronic gremlins may keep old cars off the road.” He cites home and office electronics as a paradigm: Computers and other electronic equipment built in the 1990s are well-nigh unrepairable today. The technology is obsolete. Replacement components are hard to find. Diagnostic and repair tools are on dusty shelves. And advice is usually “Just toss it and buy a new one.” 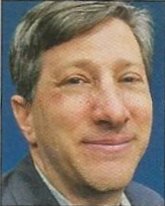 Truett worries that this forced obsolescence could be happening to cars too. As an example, he describes his recent experience with a 1988 Pontiac Fiero Formula. It was clean, with only 55,000 original miles and, one would think, needed only refurbishing.

What a neat find! Back in August 1986, R&T offered mechanical specifications that suggested patent infringement on the Ferrari Dino 246 GTS. What’s more, performance comparisons of the Fiero and Dino weren’t favorable to Maranello.

On the other hand, the Fiero confessed its commuter-car soul as a swoopy mid-engine analog of the front-wheel-drive Chevy Citation sedan. Queried R&T, “Ferrari beater or Italian poser?” The magazine hedged: “Depends on how you look at it.”

I can understand Truett’s attraction to the Fiero, and I feel his pain. The GM dealer couldn’t come up with correct spark plugs. Aftermarket ignition components failed out of the box or didn’t even fit. New sensors for throttle body and oxygen measurement malfunctioned. A rebuilt engine control module only caused new problems. Eventually, Truett writes, things came right. But it wasn’t easy.

Truett cites another example in Honeywell executive Steve Rossi’s svelte second-hand 1991 BMW 850. I remember Steve from his time with Saab, Chevrolet and McLaren, a certified car nut. Recognizing the BMW 850 as one of the first cars with electronic multiplexing, I can hear Steve now saying, “I shoulda known….”

Nevertheless, Steve’s passion for the BMW Sport Coupe overreached his engineering skepticism of debut-year anything. As it turned out, the car’s sunroof and electric windows would mysteriously operate, utterly on their own. “I thought the car was haunted,” Steve said. 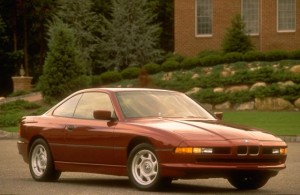 1991 BMW 850 Sport Coupe, at least one of which was apparently haunted.

As, in a sense, it was. Finally, a BMW dealership told Rossi the car needed a new computer. Instead, with full disclosure of its problems, he gave up and sold the car.

Truett observes that “We’re about 30 years into mass electrification of the automobile. If my Fiero and Rossi’s BMW signal the performance of auto electrical systems as they age, the future may have far fewer old cars on the road.”

Or, paradoxically, there will be a gap between reliable new machines and those of the pre-pointless variety. ds