THE ARROGANCE OF GENIUS

IT IS generally observed that geniuses have no lack of ego. They’re arrogant. Research has shown this. The arrogance of genius is a recurring theme in literature, theater, movies and life. And it has given rise to great tales.

There’s a story that Beethoven and German writer and statesman Johann Wolfgang von Goethe encountered some royals strolling toward them. Goethe moved out of their path; Beethoven did not.

This may be apocryphal, but Beethoven did write “Prince, what you are, you are by accident of birth…. There have been thousands of princes and will be thousands more; there is only one Beethoven!”

Neel Burton, M.D., writes on “The Link Between Arrogance and Creativity.” (http://goo.gl/2QccB2). He cites research at the University of North Carolina showing that undergraduates of strong creative bent scored less than average on measures of honesty and humility. An Abstract and Highlights of the research can be freely accessed at http://goo.gl/bCRRd.

Burton offers a list of genuinely creative people known for their self-esteem.

The University of North Carolina research is also cited by Tom Jacobs in “The Focused Arrogance of the Highly Creative” (http://goo.gl/N721TF). Jacobs offers surrealist Salvador Dali as his paradigm.

Dali’s perception of himself was not lacking in exalted self-image. He wrote, “When I paint, the ocean roars. Others merely paddle in their bath.”

Arty types can have a good way with words.

Psychologists measure personality traits by a metric of “the big five.” These are Extraversion, Agreeableness, Conscientiousness, Neuroticism and Openness. Each represents a spectrum: extraversion to introversion, openness to intolerance, and so on.

One study showed that these core traits are universal from culture to culture. Researchers believe that they have biological origins in describing how human beings relate to each other.

The creator-client relationship is rich with arrogant geniuses. Two of my favorites are about car designer Ettore Bugatti and architect Frank Lloyd Wright.

Bugatti’s sports cars were idiosyncratic (and artistic) blends of traditional and advanced. He was particularly reluctant to adopt innovations not originating at his Molsheim, Alsace, works.

For example, Bugatti brakes continued with cable actuation long after other cars had hydraulic brakes. When one of his customers complained of this, Bugatti is said to have replied, “I make my cars to go, not to stop.”

Another customer had to return his car to Molshiem three times in addressing a niggly design flaw. Imperiously, Bugatti said to the departing owner, on the third visit, “Do not let this happen again.” 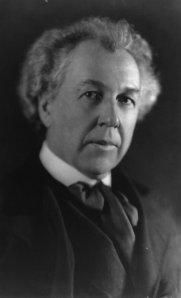 Frank Lloyd Wright often probed the limits of materials and design. His Imperial Hotel in Tokyo, for example, was renowned for surviving the Great Kanto Earthquake in 1923 (see http://wp.me/p2ETap-11v). On the other hand, others of his designs were not without structural flaws, leaks and the like. 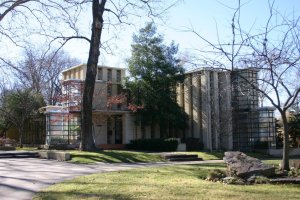 Westhope, a home in Prairie School style, Tulsa, Oklahoma, 1929. Also known as the Richard Lloyd Jones House, it is listed in the National Register.

In 1929, Richard Lloyd Jones, publisher of the Tulsa Tribune, had his cousin, FLW, construct Westhope, a home in the Prairie School of design. During a Tulsa storm, Jones phoned Wright to complain that the roof was leaking onto his desk. Replied Wright, “Richard, why don’t you move your desk?”

Psychologist Carl Jung said, “To be normal is the ideal aim of the unsuccessful.” Let’s pause here and praise the abnormal, the arrogant, the geniuses. ds

This entry was posted on October 8, 2014 by simanaitissays in And Furthermore... and tagged "The Focused Arrogance of the Highly Creative" by Tom Jacobs, "The Link Between Arrogance and Creativity" by Neel Burton, arrogant geniuses, Ettore Bugatti, Frank Lloyd Wright, Ludwig van Beethoven, Pablo Picasso, Salvadore Dali, Westhope the Richard Lloyd Jones House.