HYBRIDS ARE the in thing in this year’s World Endurance Championship LMP1-H; in other words, Le Mans Prototype 1 Hybrid. And a basic requirement of hybrid propulsion—energy storage—is part of the competition. The three factory efforts, Audi, Porsche and Toyota, have three elementally different forms of storing the energy of regenerative braking and returning it to propulsion of their race cars.

Here’s an overview of the advantages and disadvantages of three approaches to hybrid energy storage. 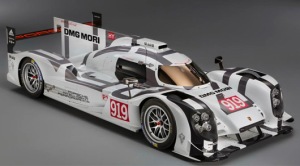 The Porsche 919 Hybrid has the most traditional means of storage, a battery pack, though these days lithium-ion battery chemistry is anything but traditional. (See http://wp.me/p2ETap-1X5.)

A battery uses electrochemical means of accepting electrical energy and returning it on demand. This chemical aspect is both an advantage and a shortcoming. Compared with other options, a battery can hold a large amount of energy. However, the electrochemical transformation either way, charging or discharging, is a relatively slow process.

Potential range, directly related to energy, is a battery’s long suit. But, power, being energy per unit time, suffers from the time involved in its electrochemical reactions.

Plus, the materials and packaging of battery storage are intrinsically heavy, even with advanced (i.e., $$$$) technology. 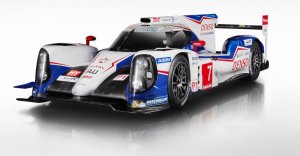 The Toyota TS040 Hybrid uses ultracapacitors as its storage medium. A capacitor stores and releases its energy electrostatically in electrical fields. There is no chemical reaction; there are no moving parts.

Ultracapacitors swap long and short suits with batteries. Electrostatic charging and discharging are relatively quick. Hence, capacitors accept and release plenty of power. On the other hand, compared to a battery, an ultracapacitor cannot hold as much energy. 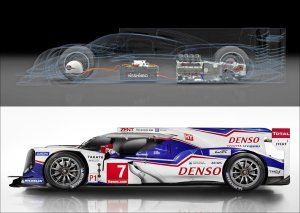 Ultracapacitor packs are lighter than their battery counterparts, but they’re not as compact. Also, like other electronic components, their fragility is open to question, especially in a racing environment. 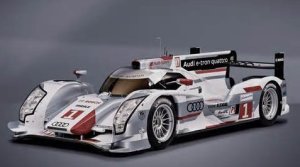 A pure flywheel is spun up to speed mechanically, holds its energy in the spin, and dispenses it through a gear drive. Such systems have been tested in Formula 1, but mechanical translation of its extreme spin (100,000 rpm and beyond) is no straightforward matter.

Instead, in a sense, the Audi system developed by Williams Hybrid Power is a flywheel-generator. 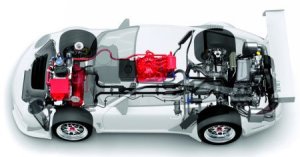 Audi’s system is similar to that used in the Porsche 911 GT3 R Hybrid. Here, the flywheel unit is located to the driver’s right.

The energy of regenerative braking spins up the flywheel electrically. When power is demanded, the flywheel performs like an ultra-high-speed producer of electricity for the hybrid motor enhancing propulsion.

An electric flywheel is neither light, nor particularly simple in its engineering. Its tradeoff of energy and power likely lies between those of battery packs and ultracapacitors.

Racing in World Endurance Championship LMP1-H involves a lot more than choices of energy storage. The season isn’t over yet. And the choice of hybrid energy storage won’t be settled easily. ds