CELEBRATING, AS we are, the 45th anniversary of our first visiting the moon, we can also give a shout-out to Dr. Robert H. Goddard, rightfully known as the Father of American Rocketry.

I sense a kinship with Professor Goddard on several minor counts. He hailed from Worcester, Massachusetts, and I did my undergraduate work at Worcester Polytechnic Institute. Goddard taught at that city’s Clark University, where I took a course in Early English Drama as part of my WPI elective requirement. And, for a time, I lived in nearby Auburn, Massachusetts, where Goddard performed many of his early rocketry experiments. 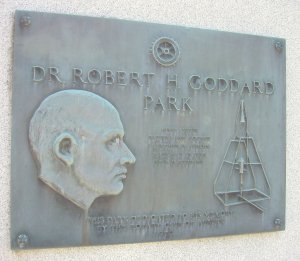 Goddard began his rocketry experiments in 1915 while recuperating from tuberculosis. His early work showed that a powder rocket converted barely 2 percent of its fuel into thrust (the rest gave the noise and illumination of the traditional rocket invented millennia ago by the Chinese). 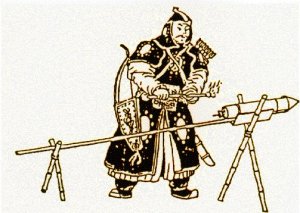 In Goddard’s 1919 monograph, A Method of Reaching Extreme Altitudes, he was one of the first to propose a theory of escaping the Earth’s gravitation. One of his controversial findings is that atmospheric pressure degrades a rocket’s performance. 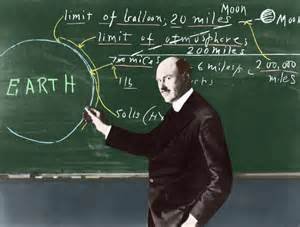 Goddard and his calculations of orbital physics.

At the time, scientists were not uniform in their understanding of rocket propulsion in the vacuum of space. Nor was the opinion of The New York Times, January 13, 1920, particularly enlightened: It claimed “the need to have something better than a vacuum against which to react.”

In a hoot of a retraction (49 years later, July 17, 1969), The New York Times reported “Further investigation and experimentation have confirmed the findings of Isaac Newton in the 17th century…. The Times regrets the error.”

Goddard started experimenting with liquid-fuel rocketry in 1921. He solved several hardware problems in laboratory testing at Clark University. On March 16, 1926, Goddard noted in his diary, “Went to Auburn with S in am. E and Mr Roope came out at 1 p.m. Tried rocket at 2:30. It rose 41 feet & went 184 feet, in 2.5 sec.”

Among his inventions were movable vanes in the rocket exhaust. Controlled by gyroscope, these confirmed Goddard’s view that external fins alone were insufficient to stabilize flight.

Goddard and one of his rockets, Roswell, New Mexico, 1932.

During the period 1930 – 1941, Goddard’s work continued in Roswell, New Mexico, the area chosen for its isolation and meteorological conditions.

At the government’s behest, during wartime he moved his research from Roswell to Annapolis, Maryland (to the detriment of his health). Development of JATO (jet-assisted takeoff) hardware was a major achievement. Despite his urging, the military continued to show no interest in long-range missiles.

Rockets: Two Classic Papers is a reprint of Goddard’s seminal 1919 report and his investigations with liquid-fuel rockets during the 1920s and 1930s.

Goddard has been commemorated in several postage stamps around the world. The Goddard Space Flight Center in Greenbelt, Maryland, is a NASA facility. Clark University has a Robert H. Goddard Library. The Robert H. Goddard High School in Roswell, New Mexico, has “Rockets” as its mascot. And Star Trek: The Next Generation has a shuttlecraft named in his honor.

Not insignificant tributes for a guy who looked to the stars. ds