IT’S DIFFICULT to define “What is a Sports Car?,” and all the more so when considering the Alfa Romeo Giulietta Super Sprint Speciale and Lotus Seven America, both tested in the July 1961 R&T. Here are tidbits about this pair, each most definitely a sports car, but so astonishingly different.

Turn of the Century; Mid-Century. A.L.F.A., [Società] Anonima Lombarda Fabbrica Automobili was established in 1910 in Milan, in northern Italy’s Lombardy region. In 1915, Naples entrepreneur Nicola Romeo took control and the name was changed to Società Anonima Ing. N. Romeo. The name became Alfa Romeo in 1920. The Alfa Romeo badge is based on the arms of the city of Milan, which coincide with those of the Visconti Dukes of Milan.

Two engineers, Colin Chapman and Colin Dare, founded Lotus Engineering Ltd. in Hornsey, North London, in 1952. Chapman had already built his first competition car in 1948, a specialized one for that peculiarly English motorsport of trials. There are conflicting tales concerning the Lotus logo. The most likely one is that the monogram is Anthony Colin Bruce Chapman’s.

In 1961, when R&T tested the Alfa Romeo Sprint Speciale and Lotus Seven America, the one company had been in business for more than 50 years; the other, officially less than 10.

By contrast, the Alfa Romeo Sprint Speciale is a Giacomo Puccini opera. Its spirit is richly melodious, stylish but with verisimo underpinnings, and consummately Italian. 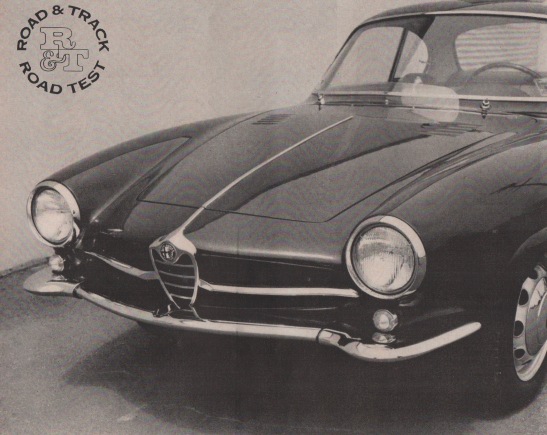 By the way, as described in “Opera Gossip” here at SimanaitisSays, Puccini was a car guy. In a way, he came up with the idea of an SUV, as well as La Bohème, Tosca, and Madama Butterfly.

Stylish, but Verisimo. The Sprint Speciale evolved from a 1958 Turin show car based on Alfa’s Giulietta Sprint. With modestly different wheelbases, the Sprint Speciale, Sprint and Spider all shared the Giulietta’s double-overhead-cam inline-four engine, independent suspension with unequal-length A-arms up front, a trailing-arm-located live axle at the rear, and finned aluminum drum brakes front and rear. 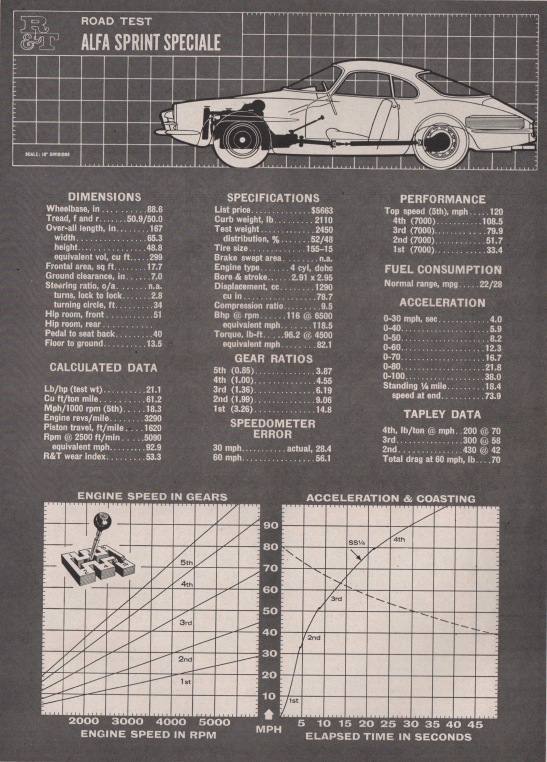 As R&T described, the Sprint Speciale’s styling “is slightly reminiscent of the Disco Volante and quite similar to the ‘Bat’ series cars, toned down for production, and easily recognizable as Bertone bodywork.” 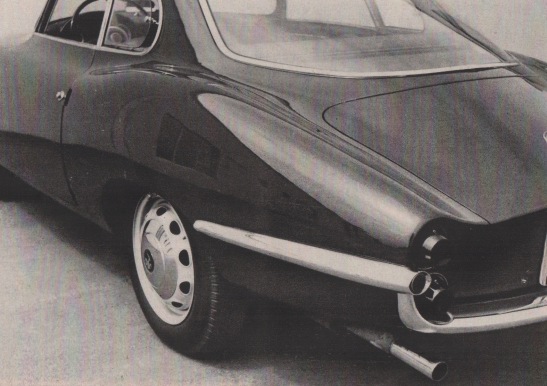 R&T called the Sprint Speciale’s close-to-$6000 price tag ($50,000+ today) “pretty stiff,” but also cited, “… the knowledge that you own a rare automobile from a highly regarded and reputable firm. In this latter statement we find the clue that helps justify the high cost.”

Minimalist, Elemental Fun. By contrast, the R&T Data Panel for a 1961 Lotus America listed its price at $2897. Not that you got a complete car, mind.

Uh, doors? Windows? A real top? As detailed here at SimanaitisSays, “It has nothing more than it requires to perform its function: to entertain, to enlighten, to accomplish a lot with a little.”

Let’s celebrate that the “sports car” concept had room for extremes. ds

One comment on “CONTRASTING SPORTS CARS SIXTY YEARS AGO”