I WAS ENJOYING one of the Paul Temple radio mysteries when Scotland Yard Chief Commissioner Sir Graham Forbes said to Paul, “We’ve got the Flying Squad on it.”

Scotland Yard aviators fighting crime? This calls for some research.

It turns out the Flying Squad of the London Metropolitan Police has nothing to do with aircraft. But it does have links with London interborough politics, covert holes cut in canvas, Cockney rhyming slang, several of our favorite BBC/PBS cop guys and the Millennium Dome.

Scotland Yard was the first among British constabulary in its use of motor cars; it bought two of them in 1903. However, in 1909, bobbies were equipped with bicycles.

And, in 1919, Detective Chief Inspector Frederick Wensley chose neither mode of conveyance when he established Scotland Yard’s Mobile Patrol Experiment. Twelve members of the force, dedicated to countering robbers and pickpockets, traveled the streets of London in horse-drawn carriages—with covert holes cut in the canvas aiding their undercover surveillance. 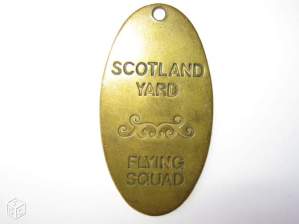 The Flying Squad got its name because, unlike other bobbies, it wasn’t hampered by London’s borough policing boundaries. Bad guys could be nabbed throughout the city.

Its fame earned the Flying Squad a nickname from cockney rhyming slang: the Sweeney, as in Flying Squad/Sweeney Todd, the latter referring to the villain of a Victorian penny dreadful novel, later turned into a Broadway show.

The Sweeney: The First Sixty Years of Scotland Yard’s Flying Squad, by Dick Kirby, 2011. Book review and image of Flying Squad members with a Bentley from East Anglian Daily Times. 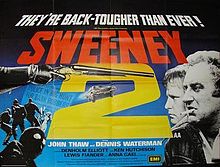 John Thaw starred as Flying Squad detective Jack Regan in all three. He went on to be BBC’s Inspector Morse, whose Morse/Lewis/Hathaway cop chronology is still alive and well on PBS today with the latter two Oxford coppers. 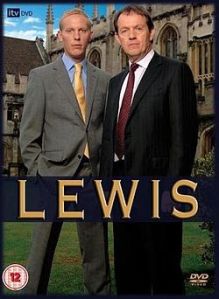 Dennis Waterman played Detective Sergeant George Carter in the Sweeney series, TV and films. Most recently, he’s in a witness protection program after being one of the UCOS operatives in the BBC New Tricks series. 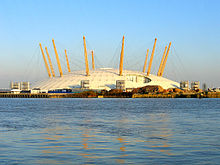 The Yard’s Flying Squad is also featured in The Great Dome Robbery, 2002, a movie based on an actual event, the attempted Millennium Dome raid on November 7, 2000.

The Flying Squad and other police foiled an intricate plan to raid the Millennium Dome in 2000. Cartoon from earthmoversmagazine.co.uk originally published in the Evening Standard. The autograph is by Aldo Ciarrocchi, one of the culprits.

The gang planned to steal the De Beers diamond exhibition from this London landmark, specially built for the city’s millennium celebrations. Included in the display was the Millennium Star, a diamond weighing 203.04 carats, valued at £200 million back at the millennium, perhaps $298 million at that time; around $416 million today.

The gang’s total haul would have been £350 million back then, the world’s biggest robbery in history. Said one of the culprits, “I was twelve inches from pay day,” and later, “It would have been a blinding Christmas.”

Instead, all the bad guys were apprehended, including one driving a backhoe loader, another monitoring police radio frequencies and a third piloting the getaway boat on the Thames. The Yard’s Operation Magician had more than 250 officers, some of them disguised as Dome employees. It was among the Flying Squad’s finest hours.

And not a bad sequel for twelve coppers peering through holes in carriage canvas. ds