THE ALPS: MOUNTAINS OF PROMINENCE

THE ALPS are more impressive than the Rockies.

True, both have neat scenery, wonderful roads and great touring. But in the Rockies, you’re already starting from a mile high.

It’s a matter of what topographers call “prominence.” A mountain’s prominence describes its local height, the vertical distance between its summit and the lowest contour line encircling it and no higher summit. 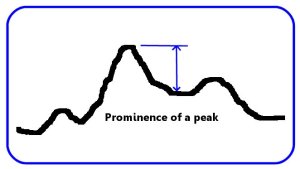 It’s also an indication of a mountain’s sightseeing potential—an idea of how impressive the mountain peak appears when viewed from nearby.

As an example, Colorado’s Mt. Elbert, the tallest mountain in the American Rockies, rises to an elevation of 14,440 ft. above sea level. However, when you subtract its generally mile-high surroundings, you’re admiring a 9000-ft. peak. Precisely, Mt. Elbert’s prominence is 9094 ft.

It’s the contrast of countryside and mountain peak, here, Mt. Blanc, that attracts me to the Alps.

There’s a list of the world’s mountain peaks, arranged by prominence, at http://goo.gl/NmIBd. By default, the tallest ones on each contiguous land mass have prominence equal to their elevation. For instance, Mt. Everest lists 29,029 ft. as both its elevation above sea level and its prominence. 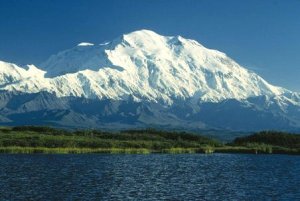 Mt. McKinley/Denali is about 150 miles north of Anchorage, Alaska. Image from the U.S. National Park Service.

On the other hand, Denali (Koyukon Athabaskan for “The High One”) rates first among the world’s peaks in non-default prominence. Its peak is 20,138 ft. higher than its surrounding landscape.

Mt. Blanc, the highest point in Europe, earns No. 11 on the prominence list as it soars 15,404 ft. above its French/Italian environs. Courmayeur, in Italy’s Aosta Valley, and Saint-Gervais-les-Bains and Chamonix, both on the France side, are tourist centers for all manner of mountaineering, hiking, skiing, snowboarding—and, for the likes of me, just plain sightseeing.

Chamonix was the site of the first Winter Olympics, in 1924. There’s a cable car through the Col Du Geant connecting Chaminox and Courmayeur. For those in a (relative) hurry, these two towns are only 13 miles apart, 7.2 miles of this through the Mt. Blanc Tunnel. 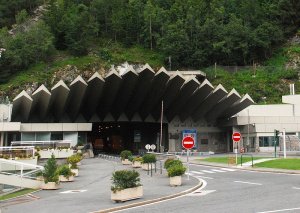 Entrance to the Mt. Blanc Tunnel on the Chamonix, France, side.

This impressive engineering achievement was begun in 1957 and opened in 1965. Such is its importance to commerce—and its traffic—that one-third of Italy’s exported road freight heading north passes through the tunnel.

But enough of commerce. What of romance? 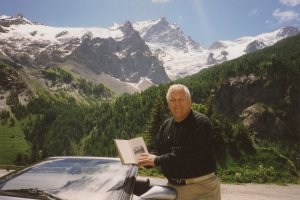 For this, I consult Herr Baedeker and one of his fabulous guidebooks.

Baedeker’s Eastern Alps, Including the Bavarian Highlands, Tyrol, Salzburg, Upper and Lower Austria, Styria, Carinthia, and Carniola, Handbook for Travellers, by Karl Baedeker, 1899. Both www.amazon.com and www.abebooks.com list it and other early editions.

Curiously, there’s no early Baedeker’s Western Alps; instead, there’s coverage in individual country guides. Giving the Eastern Alps its own guide showed a certain prescience on Baedeker’s part, because whole regions of these Alps were destined to shift from empire to empire, country to country, before long. In 1899, the northern portion of Lago di Garda (see www.wp.me/p2ETap-14L) wasn’t Italian; it belonged to Tyrol, a county of the Austro-Hungarian Empire. The Tyrolean town of Botzen is now in Italy, known dually as Bolzano/Bozen.

Like others in the series, Baedeker’s Eastern Alps contains a multiplicity of beautiful maps. Special in this guide are several fold-out panoramas—one of them, with seven panels—each identifying the scenery once one has climbed to a particular vantage point. 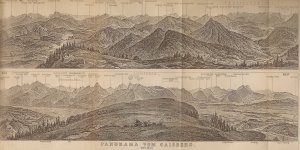 The Panorama from atop Gaisberg, 4226 ft., looking to the east, top, and to the south, below. Image from Baedeker’s Eastern Alps.

Gaisberg, my Baedeker tells me, has “the finest point of view near Salzburg (2 1/2 hrs. on foot).”

My preferred vantage points—the valleys—have magnificent views as well. This is why I like the Alps. ds