POOR ADMIRAL Byrd! Here’s a guy with a real knack for exploration. He had a chance of beating Lindbergh across the Atlantic in 1927. He may have been the first to fly over the North Pole. With even stronger evidence, he took part in the first flight over the South Pole. Yet a few erasures in his original notes of the arctic flight led to questions regarding his North Pole achievement. Byrd commented about a shrinking world. And, from there, the whackos took over.

I found all this while researching Byrd’s involvement with Edsel Ford and John D. Rockefeller. You just never know…. 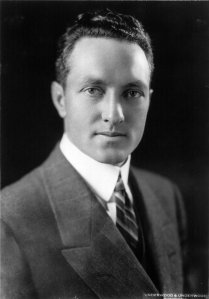 Richard Byrd descended from one of the First Families of Virginia (Pocahontas was an ancestor). He earned his pilot wings in 1917 and pioneered many navigational techniques back when the principal instruments were sextants and timepieces. Byrd’s expertise aided planning the U.S. Navy’s 1919 transatlantic flight, the first of its kind.

In 1926, Byrd and copilot Floyd Bennett headed for the North Pole. Their aircraft was a Fokker F-VII trimotor named Josephine Ford, after the daughter of Ford Motor Company president and expedition backer Edsel Ford. A second backer was John D. Rockefeller.

On May 9, 1926, Byrd and Bennett took off from Spitsbergen, Norway, headed north to circle the North Pole and then returned to their starting point. Their round trip, largely over water and ice floes, covered 1360 miles in 15 1/2 hours.

That far north, compass readings are irrelevant, particularly because it was the geographic North Pole being sought, not the magnetic one. Byrd claimed success, their flight got widespread acclaim and earned him the Medal of Honor, the highest military accolade in the U.S.

Three days later, May 12, 1926, Norwegian explorer Roald Amundsen and his crew of the Italian airship Norge flew over the North Pole in the world’s first transpolar flight between Europe and America. Like Byrd’s, their starting point was Spitsbergen; the Norge set down in Teller, Alaska, 70 miles short of their Nome goal, but still a flight of 2485 miles and 70 hours.

The Norge achievement was not without discord: Its multi-national crew dropped flags, Norwegian, American and Italian, over the North Pole. Amundsen got ticked off that the Italian tricolore was largest. Damaged in its Alaska landing, the Norge was dismantled and shipped back to Italy, thus costing Amundsen a $46,000 return fee from the Italian government.

From 1926 until 1996, Byrd’s North Pole flight generated plenty of discord as well. Others questioned his navigational skills, one argument based on the time aloft, the distance traveled and the Fokker’s modest cruising speed of 106 mph. When Byrd’s diary was released in 1996, matters got positively byzantine. The diary contained erased, but still legible, sextant readings that differed from Byrd’s later typewritten official report. Were these corrections for favorable windspeeds? Or errors caused by stress and lack of sleep? Or outright deception?

Byrd continued with a life of adventure. In 1927, he was among aviators competing for the Orteig Prize, $25,000 awarded for the first non-stop flight from New York to Paris. Byrd, his copilot Floyd Bennett and aircraft maker Tony Fokker were in a Wanamaker-sponsored Fokker C-2 America when it crashed at New York’s Roosevelt Field during testing. Another fellow at the same field, Charles Lindbergh, beat them before the America was repaired. Byrd, his crew and the America settled for third in achieving this goal.

I suspect it was his Longines Chronoscope interview that begat all the craziness. (Full disclosure: The whackos appear around 12:05 into the video.) Admiral Byrd’s point was that air power in a shrinking world put national security in a different light. I don’t hear his claims of a Hollow Earth with a New Berlin populated by post-war Nazis. Nor have I found documentation that “his arctic diary” is actually Byrd’s doing. 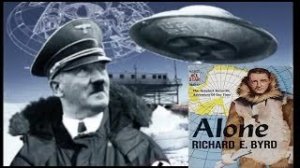 There may be entertainment value in claims that the U.S. Navy encountered UFOs during the Antarctic expedition. Others speculate that mermaids and other rare creatures come from Inner Earth.

Rear Admiral Richard E. Byrd, Jr., died in his sleep, age 68, in 1957. However, if you listen carefully, I believe you can hear him spinning. ds

3 comments on “SOARING WITH ADMIRAL BYRD”